Aim of expo to attract women into trades 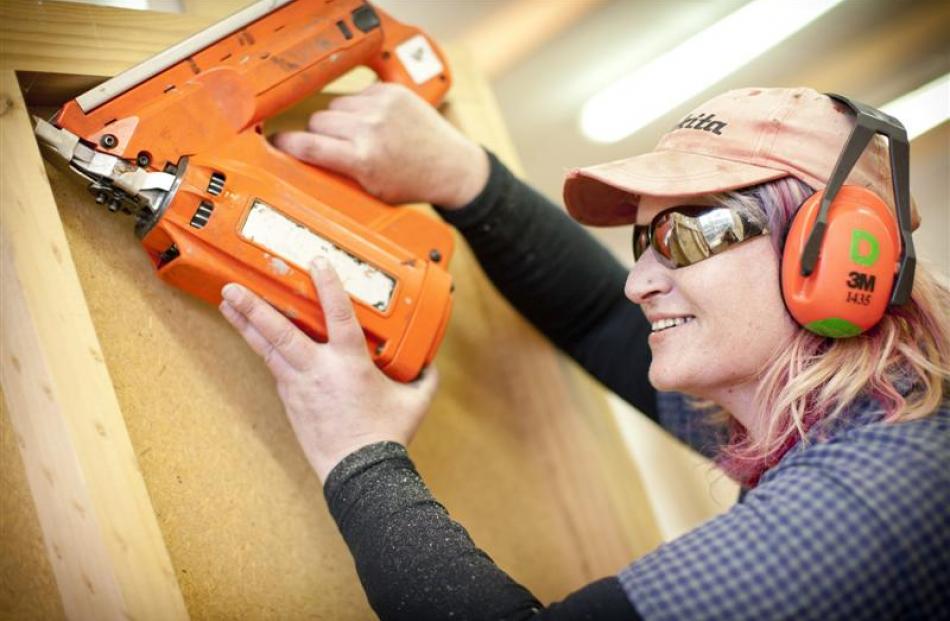 Forget blokes and their "man caves". A "dream room" promotion to woo women to the engineering trades next year is to be launched by the Otago Polytechnic this month.

A trades expo is to be held to give women the opportunity to try out a trade, while also giving them a hands-on chance to get involved with practical demonstrations of power tools and equipment.

A competition, which will focus on constructing a dream room - the female equivalent of a man cave or shed - will run alongside the careers promotion.

Polytechnic students will design the exterior structure and the best idea for the interior will then be incorporated into the final project, Mr Ker said.

Dunedin tradeswomen will build the final "dream room" at a demonstration to be held at Queens Gardens on November 23.

The trades offered promising careers for women as well as for men, Mr Ker said.

The polytechnic expo would profile successful tradeswomen and chat with lecturers and programme managers about career and study options, he said.

There is expected to be an "unprecedented demand" for tradespeople in Christchurch during the next few years, she said.

"Now is the time to open young women's eyes to the range of career opportunities." Otago Polytechnic carpentry lecturer Jo Hare said sometimes young women pursuing trades qualification initially felt daunted by male-dominated classes; something with which she could identify.

"[It] usually passes quite quickly. I was the only woman out of 40 in the carpentry programmes I took at the polytech in 2004.

"It didn't really bother me and I wasn't intimidated ... When more women get involved in the trades I think it will eventually become less of an issue," she said.

• The New Zealand labour market is highly segregated - about half of all men and women work in occupations where 70% or more of workers in that industry are the same gender.

• The 2006 census found only 1% of builders, plumbers, electricians and mechanics were women. In 2009, about 13% of engineers were women.

• Gender segregation at work is a "key reason" for the gender pay gap.