The anatomy of a city 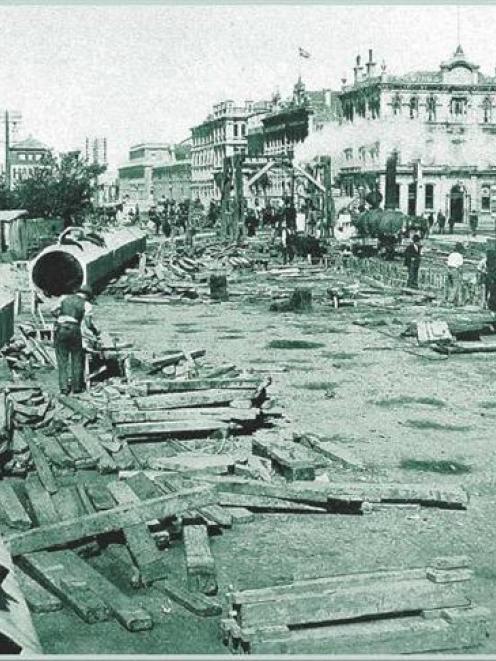 Dunedin Drainage Board workers lay the intercepting sewer along Cumberland St near what is now Queens Gardens on March 28, 1906. Photo from Otago Witness
Dunedin's heritage buildings and splendid views might make the city's reputation, but behind and beneath is the often ignored infrastructure that allows the city to function. Charmian Smith discovers some of Dunedin's hidden engineering heritage.

We might admire cities we live in or visit for their architecture or landscape, but few of us give any thought to the infrastructure that supports a city and makes living in it possible.

Much of it is invisible, such as pipes bringing clean water and sewers removing waste, but essential to public health.

Underground electricity, phone and broadband cables are likely to go unremarked, or be taken for granted.

Such things are brought to light in two new brochures describing engineering heritage trails in the centre of Dunedin.

Both one and a half hour selfguided walks start at the Otago Settlers Museum and take people around the railway station, Octagon, Moray Pl and Tennyson St area, and around Queens Gardens and the Exchange, revealing fascinating snippets of information about sewers, structures, machinery and large earthworks, such as the demolishing of Bell Hill and the reclamation of the harbour mudflats.

The brochures, to be launched this month, are produced by the Otago Chapter of the Engineering Heritage group of the Institution of Professional Engineers (IPENZ), and aim to recognise the vision, skills and tenacity of early engineers who were pivotal in the city's development and early prosperity.

Among the fascinating stories told in them are those of the lowering of Bell Hill, and the city's sewers.

Diagrams of the levelling of Bell Hill in relation to First Church, from First Church of Otago by Arthur Salmond (Otago Heritage Books, 1983), give some indication of the massive work involved in demolishing Bell Hill. Above the present level of Cumberland St, the rock was removed to a depth of 25m,while the average reduction across the rest of the hill must have been more than 10m.
• Bell Hill
Dunedin's landscape 160 years ago had a very different profile.

The shoreline was close to Princes St, and the tides washed across mudflats that are now Queens Gardens, and around the foot of Bell Hill near where Dunbar St is now.

This prominent landmark had been reserved by the founding fathers for building a church, and for a while housed a bell, a gift from Scotland to First Church, that was rung to mark working hours or raise an alarm.

It still stands outside First Church. Bell Hill separated the Octagon and the swampy northern end of town from the southern end and the main jetty at Jetty St, near what are now Bond and Crawford streets.

With its summit between Dowling St and Moray Pl, it was too steep for wheeled vehicles to cross and sloped too sharply into the harbour for a road to pass around it.

In 1858 a six metre wide cutting was blasted through the rock to extend Princes St and link it to the Octagon and the northern part of the town.

However, with the influx of ships and people during the gold rushes of the 1860s and the need for more flat land around the harbour for commercial expansion, the Provincial Government decided Bell Hill, which was still a major barrier, should be demolished and used to reclaim the mudflats, starting with the area that is now Queens Gardens. 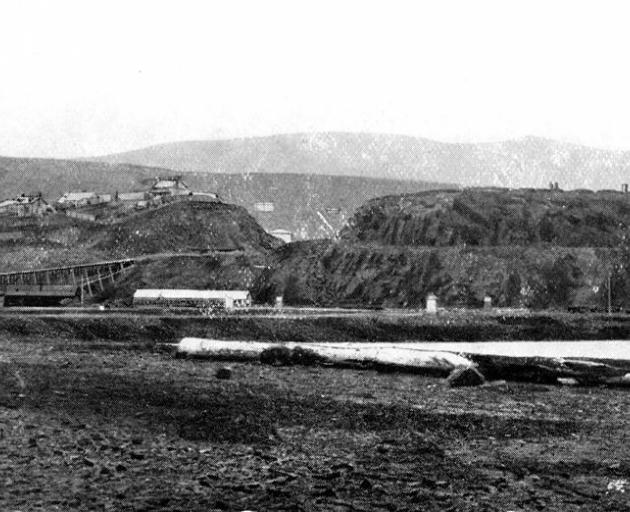 Bell Hill, a prominent landmark was demolished in the 1860s and ’70s and the spoil used to reclaim the mudflats in the harbour. This photograph was taken in 1865 from the Triangle (now Queens Gardens). Photo from Otago Witness.
The owners of 33 houses, nine shops, eight stores or workshops, a church and a hotel had to be compensated and work started in 1862.

The earthworks, which took more than a decade, used both private contractors and prison labour.

Rock was blasted and shovelled into horsedrawn trucks which ran on rails and emptied on the tidal flats.

As with most big projects, there was controversy and even some scares, as when in December 1864 a blasting charge miscalculation meant pieces of rock rained down in Princes St, according to the Otago Witness.

By 1874, the waterfront was a straight line along the eastern side of Crawford St, and First Church had been built on the truncated stump of Bell Hill.

It was reduced from 42m high (about as high as halfway up the roof of the church) to a more modest 28m, but was still high enough to allow the church with its steeple to be a prominent city landmark, as the founding fathers intended.

Some of the remaining rock faces of Bell Hill can be seen in the cliff below First Church in Cumberland St, in Burlington St and in upper Dowling St near the steps, built in 1926 to replace a steep foot track that remained from the first cutting in the 1850s


• Sewerage
Early Dunedin, especially on the flat, was plagued by diseases such as typhoid and cholera because of lack of drainage and clean water.

The Otago Witness in 1862 complained about the dismal sanitary condition of the city, the filth and lack of drainage.

In 1864, reporting on the arguments concerning funding sewage and water systems, the Otago Witness said of Maclaggan St: ‘‘However bad might be the state of the city in other parts from want of drainage, this was certainly the worst of all. It was simply a large open cesspool in which drainage and filth of all conceivable kinds accumulated.''

The city's sewers were started in about 1863, the major lines coming down Jervois St, through the Exchange, and down St Andrew St and Frederick St.

Apart from the St Andrew St sewer, the others remain in use for stormwater almost 150 years later-after many years' work, stormwater was finally separated from sewage in the 1980s.

The system took a long time-in 1870 the Otago Witness still complained: ‘‘our sewerage system is a standing grievance; instead of protecting us from the attacks of pestilence, it is apparently designed to invite them''.

These sewers took sewage and stormwater to the harbour, about which the Harbour Board and others grimly disapproved.

In January 1907 a sewage expert, Mr J. Haydon Cardew, visited the city on a special mission to advise on diverting the sewage that flowed into the harbour and instead building a new outfall that would discharge it at different levels of the tide.

The Dunedin Drainage and Sewerage Board constructed a main intersecting sewer, which ran near the shoreline of the day -now the road outside the Otago Settlers Museum in Queens Gardens-out to the Musselburgh pumping station.

It was powered by the first diesel engines in New Zealand and the sewage pumped into the sea at Lawyers Head. A new pipeline now takes treated effluent further out to sea from the beach at St Kilda.


• Overbridges
The Cumberland St overbridge was opened in 1977 to replace the old bridge across the railway shunting yards a block south.

The bluestone abutments of the old bridge are still visible at the end of Police St and in Roberts St on the other side of the railway line.

Constructed in 1887 by the Dunedin firm of Kincaid McQueen and Co, it was made from the first steel produced commercially in New Zealand, at Smellie Brothers new iron works at Burnside, Green Island.

The new bridge is built of prestressed concrete. Smellie Brothers became the Otago Iron Rolling Mills, which operated until 1953, then became Farra Engineering.

Brochures on Dunedin's Engineering Achievements trails will be available from the Otago Settlers Museum after the launch on Friday, April 17 at 5.30pm.

Guided walking tours will take place on Saturday April 18 at 2pm, around the Octagon, Stuart St, Tennyson St and Dowling St, and Sunday April 26 at 2pm around Queens Gardens and the Exchange area.

Both leave from the Settlers Museum and cost $10. For walk bookings phone 4742728

Further reading:
City of Dunedin: A century of civic enterprise by K. C. McDonald (1965).
First Church of Otago and how it got there by Arthur L. Salmond (Otago Heritage Books 1983). 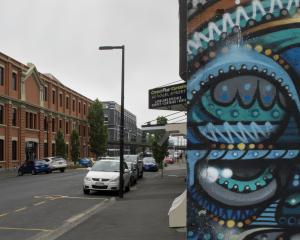 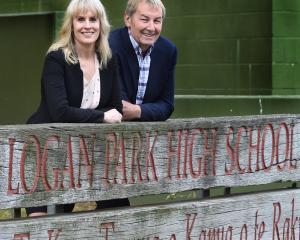 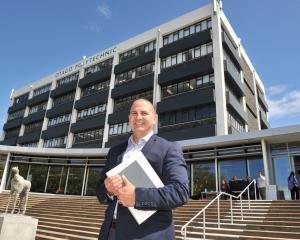 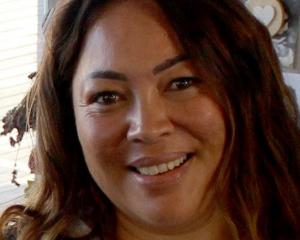 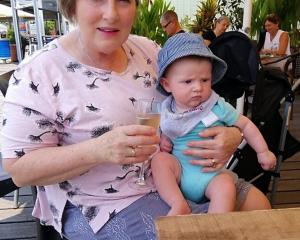 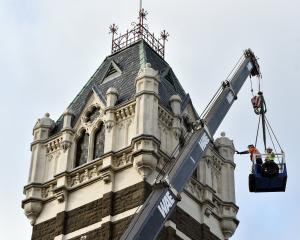