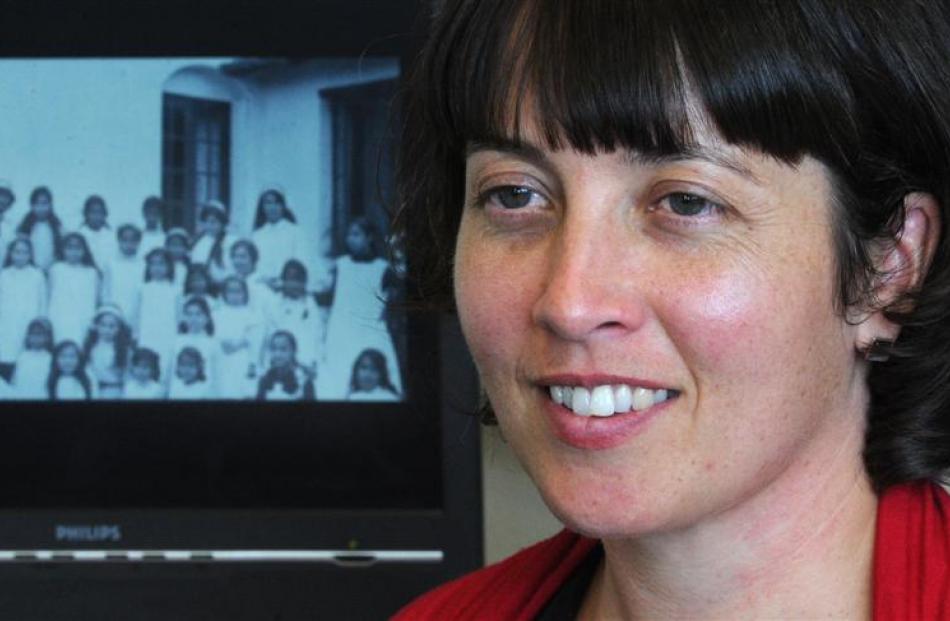 The chance discovery of an old photograph has led Jane McCabe to write the ''untold story'' about Anglo-Indian children sent to Dunedin for a better future early last century.

Known as the Kalimpong Kids, the children were removed from their families at a young age by a Scottish Presbyterian missionary in the early 1900s.

Though all have since died, Jane McCabe, whose grandmother was one of the children, is recording their story through their descendants.

John Graham set up the St Andrews Colonial Homes at Kalimpong in the Darjeeling district of northeast India to save the illegitimate children of European tea planters and their Indian or Nepalese workers from the plantations. Dr Graham felt the futures of these loved, but mixed-race, children - product of two cultures and welcome in neither - should be improved, given their European blood.

His large residential school aimed to educate the children in English and give them manual and social skills, then, when they were 15 or 16 years old, send them to the more egalitarian colonies, where jobs had been found for them.

Boys arrived in New Zealand to work on farms, and girls provided domestic help, she said.

Miss McCabe (40) is writing a University of Otago history PhD thesis on aspects of the 130 Anglo-Indian youngsters who came to New Zealand over several decades - the first 30-40 of them coming to Dunedin.

''No-one's done anything on this. It's an untold story of New Zealand history,'' she said.

Her Indian-born grandmother, who died in 1978, had never spoken about her Indian background.

Miss McCabe is still amazed about the way she eventually found out about her grandmother's early life.

Shortly before heading off to India in 2007, Miss McCabe found an old photograph, depicting her grandmother at school in India.

''Kalimpong School'' was written on the back.

The photograph proved crucial, enabling her to learn much more, and even to visit the school during her overseas trip.

''If that photograph hadn't been kept, many many things wouldn't have happened, really good things.''

After earlier being sent off to the Kalimpong school, few of the emigrating children saw their mothers again.

Several had relationships with their fathers later in life though, including Miss McCabe's own grandmother, Lorna Peters, who had arrived in Dunedin with five others in 1921.

Her tea planter father came to live in Dunedin and Lorna lived with him until her marriage. He then lived with her family for the rest of his life.

Miss McCabe has traced some New Zealand families of the original emigrants.

She would still like to hear from descendants of any other Kalimpong emigrants to Dunedin, and people with other links, including descendants of former employers.

She can be contacted through her internet research site: www.kalimpongkids.org.nz/The emigrants had faced several big initial challenges, including Dunedin's cold winters, but the overall outcome had been positive, she said.