Armageddon Expo draws out the heroes 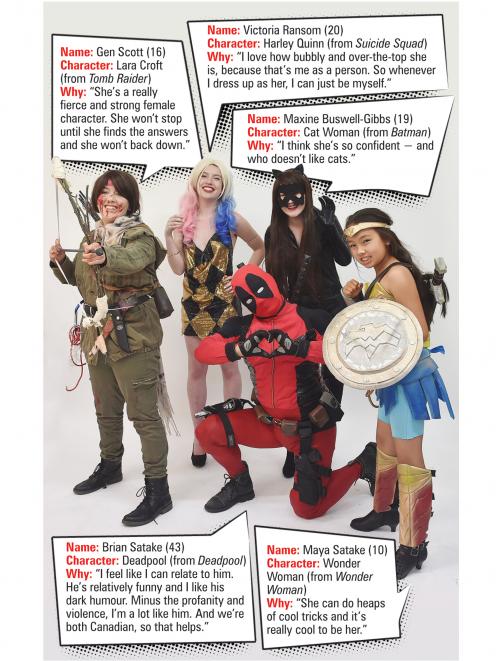 Most people try to avoid running into the Walking Dead, but hundreds of Dunedin residents will be throwing caution to the wind and queuing to meet one of them today.

Chad Coleman, who plays Tyreese Williams on the popular Walking Dead television show, and Tobias Church on Arrow, will be among several sci-fi, gaming, anime and comic stars attending the Armageddon Expo at the Edgar Centre this weekend.

Cosplay fans from around the region have been "getting their geek ready" this week, in preparation for the event.

Dunedin cosplay fan Maxine Buswell-Gibbs said she loved to dress as Cat Woman because she liked seeing people’s reactions to her leather costume.

"It’s really cool to bring the character out of the TV or the comic and bring it to life.

"It’s also quite nice to be able to step into someone else’s shoes for a while and be someone else.

"Especially being a girl. A lot of people around the world say you can’t do stuff; but when you cosplay, you feel you can. It gives you a lot of confidence."

"A lot of cos-people like to be looked at. Young people and older people see these characters on TV, and then they see us and say: ‘That’s my favourite character’, and it brings a little bit of joy to their day."

At age 43, cosplayer Brian Satake said he was one of the older generation of cosplayers, and continued to be actively involved because "I haven’t really grown up yet".

"We’re still big kids, and we have our own kids, and we want them to enjoy some of the comics and characters and movies that we’ve enjoyed."

He said the Armageddon event was one of the highlights of the year for cosplayers around the region.

They were looking forward to meeting many of the creators, and actors, of their favourite characters, including Ray Fisher (Cyborg/Victor Stone in the film Batman v Superman: Dawn of Justice), Billy Boyd (Pippin in Lord of the Rings), Miltos Yerolemou (Syrio Forel in Game of Thrones), animators Christopher Corey Smith, Cindy Robinson, Hynden Walch and Veronica Taylor, comic writer Tom Taylor and comic artist Colin Wilson.

The event is on from 10am to 5pm, today and tomorrow.john.lewis@odt.co.nz