Assurances given on sound quality 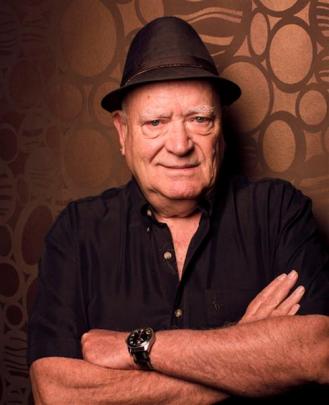 The promoter organising the Paul Simon concert has promised the sound quality in Forsyth Barr Stadium will be music to the ears.

''We've checked everything out and we're very happy with it,'' Chugg Entertainment chief executive Michael Chugg said from Sydney yesterday.

Mr Chugg (65) said he was aware of some criticism of the sound system at the Elton John concert at the stadium in November 2011.

''I had a long talk with Elton [John] after he played in Dunedin and [he] said he really enjoyed it and that the crowd was fantastic.

''Elton was very happy with his concert there.

''We talked about problems with the sound and we're going to be using some acoustic draping and a redirectional PA (public address system).

''It doesn't have the `splash' of other sound systems,'' he said.

''Paul's show will not be as rock and roll as Elton's. It is very light and high and there's a lot of up and down stuff in it.

''The show is amazing. He does all his greatest hits and Graceland and Simon and Garfunkel stuff and his newer stuff.

''Paul will be supported by Rufus Wainwright, playing solo on the piano. We're still negotiating on another support act, too, and we hope to make an announcement on that in the next couple of weeks.''

Simon was looking forward to doing some sightseeing in Dunedin while he was here, Mr Chugg said.

''Paul will be coming to Dunedin the day after his last Australian concert, on the 5th of April, and will fly out the day after the concert. He's hoping to have a bit of a look around before his next concert in Auckland on the 8th.

''I'm really looking forward to this Dunedin concert, too. I haven't been to Dunedin since I toured Rory Gallagher there in the early '70s.''