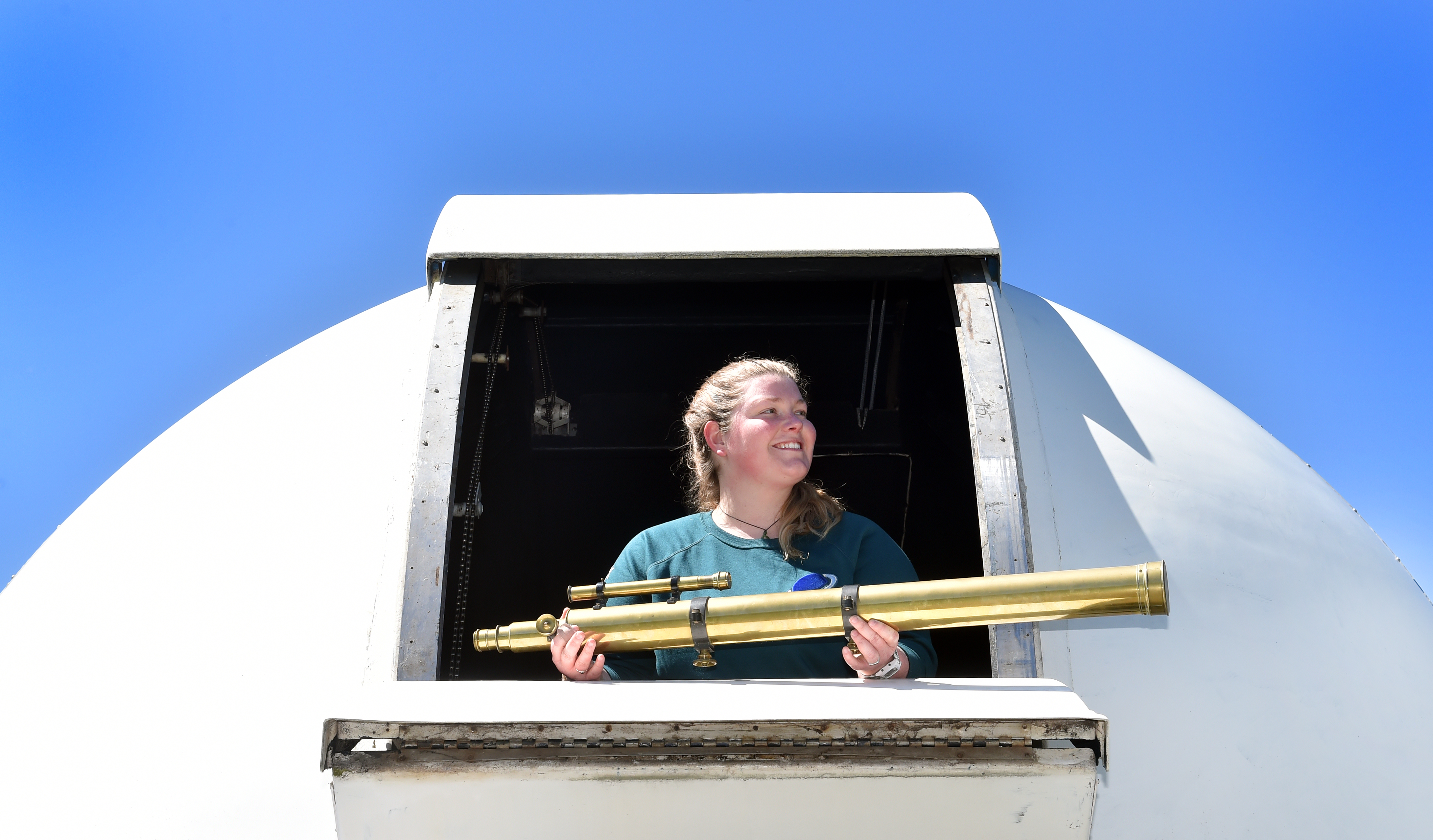 Dunedin Astronomical Society president Kaitlyn Martin holds the Beverly Refractor, a telescope made by city scientist and astronomer Arthur Beverly about 1870, and given to the society in 1910. Photo: Peter McIntosh
After the Dunedin Astronomical Society's recently-elected president Kaitlyn Martin reached Dunedin from her US homeland, she found plenty of friends in the society, and also her fiance.

This month Miss Martin became the second woman to be elected president in the society's 109-year history, after Lynn Taylor had earlier served in the 1980s.

This had become a ''family'' matter for them, she said
with a smile.

She is close to completing a University of Otago PhD in science communication, having flown in three years ago from her home city of Philadelphia.

In the US she had been unable to view the heavens because of extensive light pollution, and she was keen to further promote Dunedin's strong potential for dark sky viewing.

''For tens of thousands of years the night sky has inspired some of our greatest stories, art, and science, and our goal as a society is to connect people with that powerful experience.

''Whether you want to be an astronomer, have your first look through a telescope, or simply sit out and be amazed under a beautiful dark sky - we have a great group of people keen to guide you on that astronomical journey'', she said.

The astronomical society and its Beverly-Begg Observatory in Robin Hood Park, Belleknowes, had already built strong links with schools and scouts.

Miss Martin was keen to develop and diversify ''the events we run, to give even more people an exciting hands-on experience with the universe''.

She was also keen for toilets to be installed at the observatory, in order to further encourage community use of the facility.

The society plans to start up its activities, including its Junior Space Club, in February next year, and details could be seen on the society's Facebook page, she said.