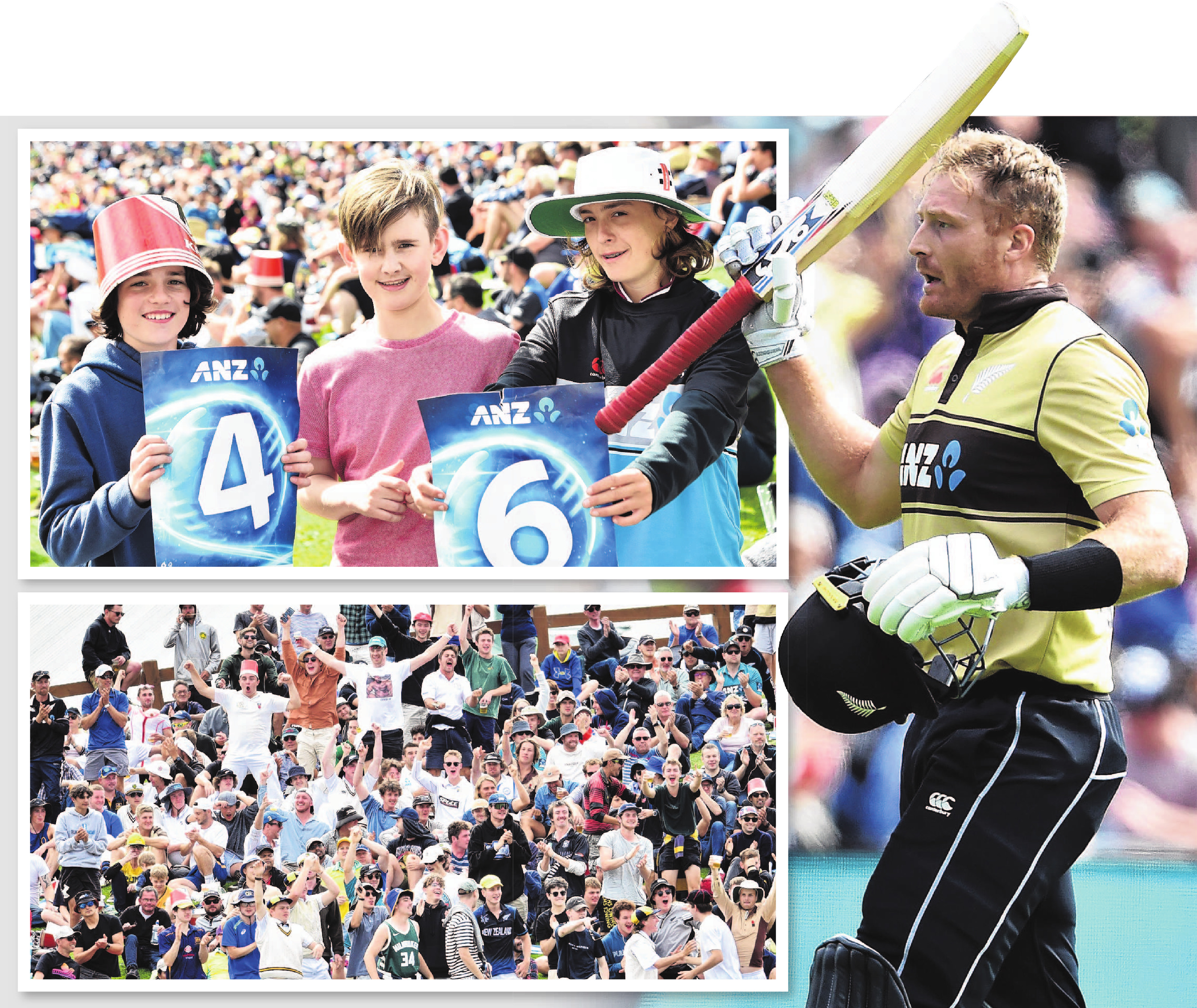 Louis Oskam-Schmidt (13), Callum Smith (13) and Ramon Quennell (13), of Dunedin, were torn between the two sides but joined in the celebrations as New Zealand secured a four-run win in the T20 cricket match with Australia at the University of Otago Oval yesterday. Martin Guptill (right) set the stage for the Black Caps with a sparkling innings of 97. PHOTOS: PETER MCINTOSH
Australia has at least three new fans.

Among the 5000 or so spectators at yesterday’s T20 international between New Zealand and Australia were a trio of 13-year-old boys.

Early this year the group of cricket friends were involved in a serious car accident in Ravensbourne Rd.

Callum Smith, Louis Oskam-Schmidt and Ramon Quennell were all injured but Ramon was seriously hurt.

He was airlifted to Christchurch and spent two weeks in hospital.

But out of the darkness came a little light.

Ramon is a mad cricket fan and when New Zealand Cricket heard the story, they invited the boys along to a training session the day before the game.

Ramon, who is in a back brace and still dealing with his injuries, even got to ask a question at the media conference.

But all the tickets were sold out and it seemed as if the boys were going to miss the game.

Then Australia came to the rescue. The team had some complementary tickets available and the boys got themselves a spot near the sightscreen and watched as Black Caps opener Martin Guptill plundered 97 runs to help his side to 219 for seven.

Australia made a late bid to snatch victory, needing 15 off the last over, but Jimmy Neesham answered the call and he picked up two wickets to seal a tense four-run win.

Ramon probably would not have minded so much when Guptill missed out on the milestone given his allegiances are not as clear as they were earlier in the week.

"I won’t be against Australia like I normally am," he said.

"I’ll still be supporting New Zealand but I’ll be neutral towards Australia. I’ll give them an equal chance."