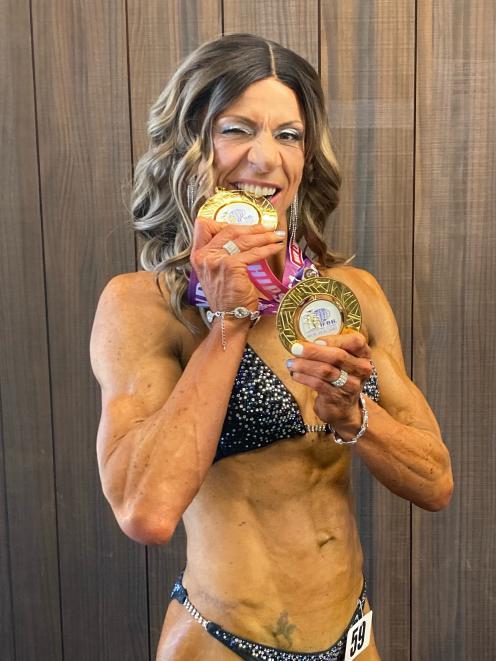 Mrs Tabb and her husband Mike, who was also her coach and fellow body building competitor, were celebrating the wins by doing a "food crawl"on the way home from Christchurch.

"Some people do beer crawls, but not us," she said.

They were instead stopping at all the cafes and restaurants she had not been able to visit before the competition.

The 44-year-old said she had been hoping to win the overall competition. Doing so would have gained her a coveted pro-card, which would entitle her to compete at high-calibre professional bodybuilding competitions around the world.

Unfortunately, she missed out on an overall win, but had qualified to compete in the Nationals NZIFBB Show for another chance at the card.

This had been her first time competing in the NZIFBB after achieving considerable success in National Amateur Body-Builders’ Association competitions.

Mrs Tabb said she was contemplating whether she was going to compete in the Nationals NZIFBB Show, which was scheduled for December 4 in Karapiro.

"Speaking with a full stomach, another competition sounds like a great idea, but the next competition is six weeks away, which means more strict dieting. Coming up to Christmas, I don’t know yet if I’ll compete."

Covid-19 was also a factor.

The competition had already been relocated from Auckland to Karapiro, and there were no guarantees it would go ahead, she said.