Balmy autumn weather about to change 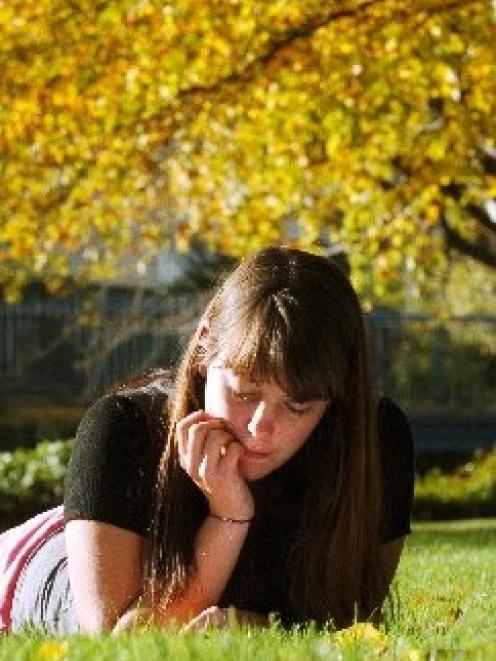 Ilsa Cooke (18), a University of Otago first-year science student, enjoys yesterday's balmy weather as she catches up on some reading on the registry lawn. Photo by Gerard O'Brien.
Temperatures on the Taieri reached a record high for April of 27degC on Sunday and hit 24degC yesterday, but be warned - by Thursday, Otago is expected be plunged again into cold southeasterlies.

The hot weather of the past two days was the result of a sub-tropical northerly flow bringing heavy rain to the West Coast and the Southern Alps and sending a warm northerly flow over the rest of the region.

Yesterday, the airport temperature reached 24degC and the city 23degC.

Dunedin hydrologist Dave Stewart said the warm weather was not unseasonable, but was slightly warmer than usual - normal for an Indian summer.

"We are about to have a rude awakening. The [warm] weather is going to disappear and a cold southeasterly come on, and it'll be the middle of autumn."

That did not necessarily mean an end to warm temperatures - the weather patterns during the past six months had been unexpected and anything was possible, he said.

MetService weather ambassador Bob McDavitt said heavy rain in the alps, which included thousands of bolts of lightning yesterday, would continue until tomorrow.

When the southeasterly hit, the city would be lucky to reach double digit temperatures, he said.