Befriended man, then cheated him 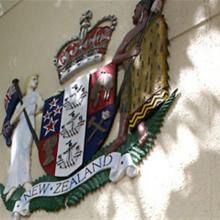 It took Peter Graham Brooks nearly a year to gain the trust of his victim.

It took him less than two months to spend the ailing man's entire $34,000 nest egg.

The 66-year-old appeared in the Dunedin District Court yesterday after pleading guilty to two counts of using a document and one of theft in a special relationship, almost three years since his first appearance in court on the charges.

Brooks had originally vowed to defend the allegations but did not turn up for his trial in May 2015.

He spent the next 16 months on the run before handing himself in at Greymouth.

Brooks said he did so because he was concerned about his 92-year-old mother's health and his access to the pension.

Brooks' absconding had dragged out the trauma for his victim, who had been stripped of his life savings and was struggling to get by week to week, Judge Michael Turner said.

The pair met in late 2011 at a Kaitangata camping ground.

The victim was unwell and needed help with everyday tasks, including grocery shopping.

By August 2012, the man, who was grieving following the death of his sister, was happy to give Brooks his bank card and pin number.

``You befriended him, knowing he was vulnerable,'' the judge said. ``You offered to help and abused the trust placed in you.''

By mid-October that year, Brooks had racked up a bill of $34,503 on 76 unauthorised withdrawals, which he said was spent on gambling.

And the theft continued, even more flagrantly.

The victim gave Brooks his caravan to sell, telling him he wanted $10,000 for it.

Instead, the defendant took it to a dealer saying he was ``desperate'' to sell, and pocketed the $5800 he was offered.

It was only in December 2012 when the victim's cheque for the camping ground accommodation bounced that he discovered he had been swindled.

By then, the defendant had moved away.

Judge Turner said the offending was unsophisticated but was enabled by the ``total trust and confidence'' the victim had in Brooks.

``In my view, the breach of trust could hardly have been higher,'' he said.

``You acted in a way which led the victim to believe you cared for him. You cynically and deliberately ... breached that trust for your own purposes.''

The judge questioned Brooks' remorse after he told probation the victim had permitted him to use the bank card. The defendant called the man a ``chronic alcoholic'' and claimed to have saved his life.

Mr Kilkelly said his client should be given a non-custodial sentence so he could get work in the building industry. He was willing to repay $500 a week if that was the case, the court heard.

But the judge said there was no confirmation of a job offer before the court and dismissed the offer of reparation as ``shallow and unrealistic''.

He jailed Brooks for three years one month and ordered him to pay $15,000 to the victim, at $20 a week on his release from prison.