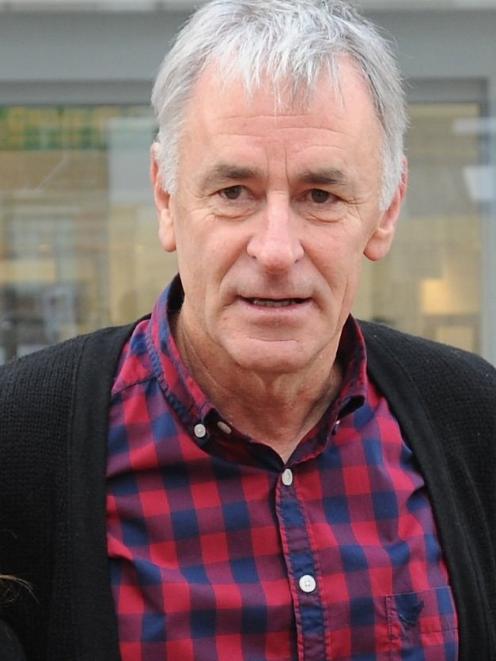 David Charteris (66) was found guilty of eight sex charges at trial in 2019. Photo: ODT files
The former head of Southern Victim Support, who was jailed for 14 years for sexually abusing a pre-teen boy, may die in prison.

But that was not enough to persuade the High Court that 66-year-old David John Charteris should have his sentence reduced.

In a decision released yesterday, Justice Gerald Nation dismissed the appeal and Charteris’ challenge to the legitimacy of the convictions.

Counsel Josh Lucas argued his client, who suffered from prostate cancer, was likely to die before he had served his sentence.

Judge Raoul Neave, who found Charteris guilty of eight sex charges following a judge-alone trial in 2019, took nine months off the end sentence handed down in the Christchurch District Court to recognise the man’s ailing health.

That, Justice Nation ruled, was appropriate.

He took a similar view of the 12 months subtracted for Charteris’ lack of previous convictions, a matter that was also challenged by Mr Lucas.

The sex offender headed the southern region’s Victim Support team and spent a decade at the organisation from 2008.

While the offending took place in 1999 and 2000, the organisation revealed it had been anonymously informed about the historical sexual abuse but did not pass that on to police.

Chief executive Kevin Tso told the Otago Daily Times after sentencing that it "could have handled this situation better".

The victim’s statement exposed the harm Charteris had caused by his predatory behaviour.

"David knew from life experience I was easy pickings and yet he exploited that in the most despicable way," the victim said.

Charteris must have known the positions of trust he held would have acted as a barrier to the victim coming forward, he told the court.

After the boy’s parents split up in the late 1990s, Charteris

helped the mother with child care and took her son on excursions, the court heard at trial.

The defendant betrayed her trust "in the most terrible way", Judge Neave said.

Through 1999, the boy stayed at his abuser’s Christchurch home several times, which was when the violations began.

The victim estimated he was violated up to a couple of dozen times.

On other trips to the Waimakariri River and one to Banks Peninsula, Charteris abused the boy after finding isolated areas where they would not be seen.

Five years after the abuse, the boy’s mother found out and a police complaint followed.

It was, however, 11 years before the victim was interviewed again by police and the allegations were levelled at Charteris.