A sweeping set of rules for what can and cannot be carried on Dunedin buses will come into force at the end of this week. 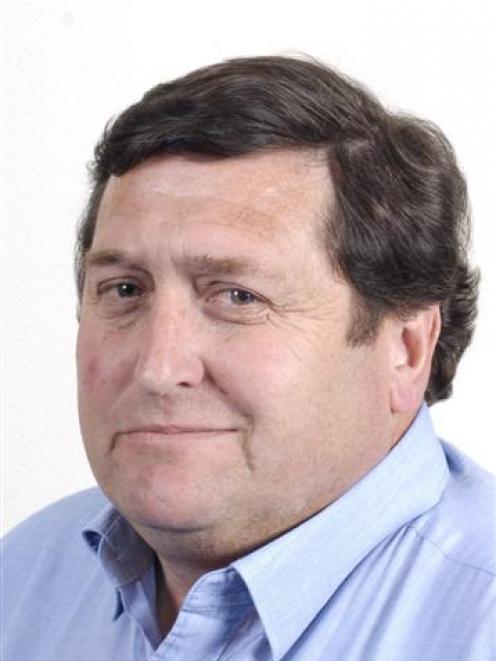 The rules were drawn up in response to a July incident in which a 6-year-old boy was left crying on the footpath after he and his mother were denied entry on to a bus because he had his small bike with him.

The mother had chosen a bike and bus-based expedition with her son, assuming the bike would fit on the bus' racks.

The bike was too small to fit on the bus' front-mounted bike racks. Despite the bus being almost empty, the mother and son were told by the driver to either ditch the bike or walk home.

Drivers would ''generally say no'' to allowing bikes of any sort on board buses, he said, ''on the basis that the bikes aren't able to be restrained''.

The same rule meant other bulky items were also not allowed on buses, although guidelines on what that really meant did not exist.

In August, Mr Collings told the ODT the regional council was working with bus operators to develop guidelines that made it clear to operators and passengers what could or could not be carried.

Mr Collings yesterday said those guidelines were due to be released publicly by the end of this week.

They included instructions on how to operate the buses' bike racks, explanations on what could or could not be carried on a bus, how things could be carried, and why.

Initially, the rules would only be available on the ORC website, but it was hoped they would be added to bus interiors, in time.

It was ''unlikely'' they would be displayed in bus shelters.

Mr Collings said the July incident had ''identified there was a hole in the information that we had out there for the community''.

Operators and drivers had also needed better clarity, he said.

It was important to stipulate drivers were not expected to assist with loading items or securing bikes to racks, Mr Collings said. Drivers were responsible for cash carried on buses, as well as being in control of the vehicles, he said.

''The driver may, in some circumstances, decide he or she may assist, but they're certainly not obliged to.''

When asked why more specific guidelines had not been formulated concerning children's bikes, Mr Collings said it was important drivers maintained the right to make their own judgements.

Some bikes would be small enough to fit behind seats and not block aisles, he said, while some buses that were full with passengers simply would not have the room for small bikes.

''At the end of the day, the bike racks, they don't fit [kids' bikes], and we need to make sure the drivers are the people responsible for the safety of the other passengers.''

Not stipulating specific rules concerning children's bikes was not an attempt to ''validate the previous incident'', Mr Collings said.

Dunedin has about 70 buses across its network, of which just over half have bike racks fitted. It is expected the entire fleet will be fitted with racks by July next year.

• All items carried on to a bus must either be held on a passenger's lap or stored on the floor at their feet without blocking the aisle.

• Scooters, skates and skateboards will be permitted on board if they can be carried/stored as above.

• Large items that will not fit between seats will not be permitted.

• Prams and strollers will be allowed, but may need to be folded if the designated area for them is needed by wheelchairs.

• Bikes with wheels of diameter less than 50.8cm [20 inches] will not fit to the buses' bike racks.

• Children's bikes will be allowed on board, at the drivers' discretion.

• Drivers are not expected to load, or help load, bulky items, or help fit bikes to the buses' bike racks.