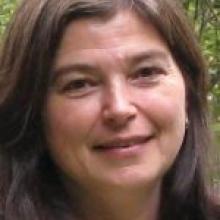 Jennie Connor
Binge-drinkers are twice as likely to be violent towards their partners, with female-to-male aggression most common, a University of Otago study reveals.

The research, which questioned more than 1900 people aged between 18 and 70, found drinking by one or both partners increased the levels of severity, anger and fear reported by victims of partner violence.

Drinkers who reported consuming five or more drinks on one occasion at least once a month were twice as likely to be an aggressor and three times as likely to be a victim of partner violence, compared with non-binge drinkers.

Female-to-male aggression was reported more frequently than male-to-female - 15% compared with 12%.

However, women experienced greater intensity of aggression and more anger and fear during violent incidents than men.

It was the first time partner aggression and drinking had been studied in a sample of the general population in New Zealand and the findings were recently published in the British Medical Journal.

Lead author Prof Jennie Connor, of the Department of Preventive and Social Medicine, said while it was "well established" alcohol increased aggressiveness, the study showed alcohol-fuelled domestic violence was "happening in New Zealand, in ordinary homes".

"The gendered nature of partner aggression, and the escalation of aggression by the involvement of alcohol, are important considerations in the prevention of domestic violence.

"Making changes to the price, availability and promotion of alcohol to reduce the amount of heavy drinking across the whole population will be a good start to reducing the frequency and severity of physical aggression in New Zealand homes.

"This is one of the causes of domestic violence that we can actually do something about," she said.

Community Alcohol and Drug Service medical director Dr Gavin Cape said alcohol was "the most harmful drug, bar none" and "tighter regulations" needed to be placed on it.

Violence had a "strong association" with alcohol consumption, as one of its many effects was "misinterpretation of signals", he said.

Dunedin police family violence intervention co-ordinator Sergeant Jan Craig said more than half of family violence incidents involved alcohol or drugs and, while men were more commonly the aggressor, "there has been an increase in females being violent".

However, "it's a choice to drink and it's not an excuse", she said.

"I think it's about taking responsibility. You need to look at what causes you to be violent in the first place."

Stopping Violence Dunedin board of trustees chairman Brett Gray said the study's findings were "not news to us", as a "vast majority" of its clients would present with drug and alcohol issues. He questioned, though, how much evidence was required for changes to be made to alcohol policies.

His greatest concern was the lack of accessible services for people with drug, alcohol, and violence problems.