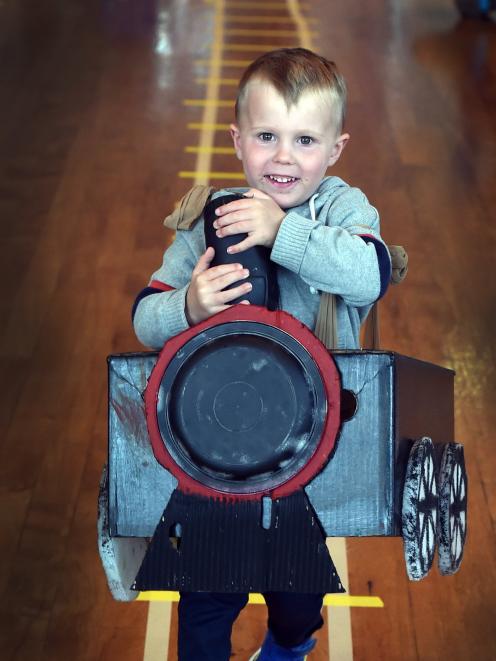 Toitu visitor programme co-ordinator Phoebe Thompson said the "proper birthday party" the museum put on for Josephine, ordered for use on the freshly built Dunedin and Port Chalmers railway in 1872, was a Dunedin tradition that captured the city’s appreciation for history and trains.

"It’s mostly for kids, but there’s a lot of train enthusiasts in Dunedin too," Miss Thompson said.

Ms McMullan told the story of how Josephine, which arrived in Dunedin with her "sister" Rose as a complicated "Lego set", was well used at the end of the 19th century.

Rose crashed, but Josephine carried on until she was "sold for a song" in 1917.

She escaped the scrapheap and was subsequently displayed at Dunedin’s New Zealand and South Seas International Exhibition in 1925.

For more than three decades, Josephine was kept outside the museum, exposed to the elements.

But after a campaign to save her in the 1960s, she was restored and later installed in a purpose-built annex to the museum, Ms McMullan said.

She was happy with the turnout in the busy foyer yesterday, pleased so many had come to celebrate "on a wet, miserable day that it is".