Blokes move up a shed 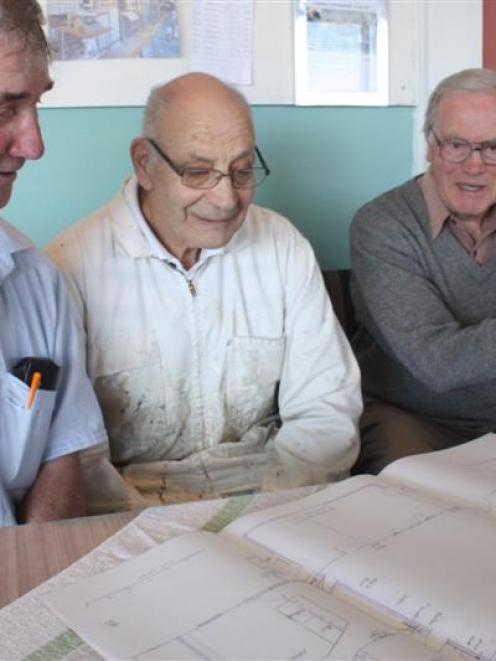 Since opening in 2008, the shed has proved to be so popular it needs to move to a larger building. The Taieri Aero Club, where the shed is based, has offered the use of a larger building, but about $13,000 worth of work is needed to bring it up to an acceptable standard, which includes repairing the roof and ceiling and electrical work, most of which will be done by the blokes.

Taieri Blokes Shed chairman Ian Miller said he hoped they could move in before Christmas but the building would not be complete until the middle of next year.

''The boys are going flat tack at the moment trying to get things done.''

When the shed opened, it had about eight members. There were now about 40 and on an open day, there could be anywhere between 25 and 30 there, he said.

Many of the blokes' creations could be found in schools and kindergartens around Mosgiel and the Taieri, Mr Miller said. Founder member Jim Dolan said what kept the members coming back each week was the camaraderie that had built up.

''A lot of the guys we have here would have never met each other if they hadn't been here ... We all sit down at 10.30 and have smoko and talk about what we know and what is in the newspapers.''

It seems it is not just the blokes who benefit.

''It's probably pretty good for the wives to get their husbands out of the house because once you retire, you can get in the way a bit,'' Mr Dolan said. Nick Wilson joined the shed earlier this year and said he was put to work straight away.

''The first day I came in, as soon as I stepped through the door, there was something for me to do,'' he said.

''It's nice to have a place like this where you can come to a couple a days a week for a few hours and have a laugh and chat, while still getting something done.''