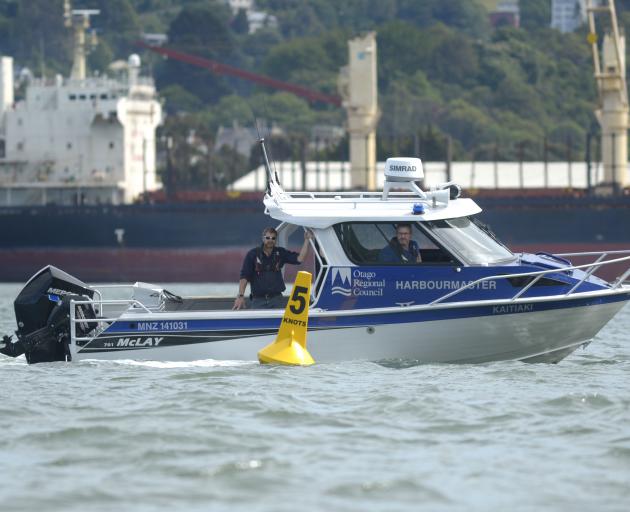 The improvements include new 5-knot marker buoys at "strategic locations", including Steamer Basin, Vauxhall, Macandrew Bay and Broad Bay, as well as near yacht clubs.

The aim was to remind boat users of the need to keep speeds down in areas where they could encounter swimmers or other non-powered water users, he said.

"There are some speeding issues around the harbour and people need to be more aware of where they can speed and where they can't.

"And also they're in key areas where we've got conflict between powered and non-powered activities," he said.

Other improvements included adding or upgrading channel and navigational marks at points around the harbour, including around Quarantine Island.

The area was well used but poorly marked, and featured shoals and rocks which could catch boat users unaware, he said.

"There are a couple of really dangerous spots there, which gives the harbourmaster some navigational concerns."

A "longstanding" old mark near Company Bay, which broke free recently, had also been replaced with a proper navigation mark.

That was in addition to improvements to ageing navigational piles along the eastern channel, closest to Otago Peninsula, he said.

Two new "visitor buoys" had also been laid, at Deborah Bay and Careys Bay, which could be used by vessels seeking shelter at short notice in Otago Harbour.

They could accommodate vessels of up to 12m and 15m in length respectively.

The improvements were all part of a programme of upgrades which Mr Rushbrook expected would continue for the next year or two, and eventually deliver a "vast improvement" to safety on the water.

Future work could also include marking the cross channel, between the eastern channel and Victoria channel, sometime within the next year, he said.