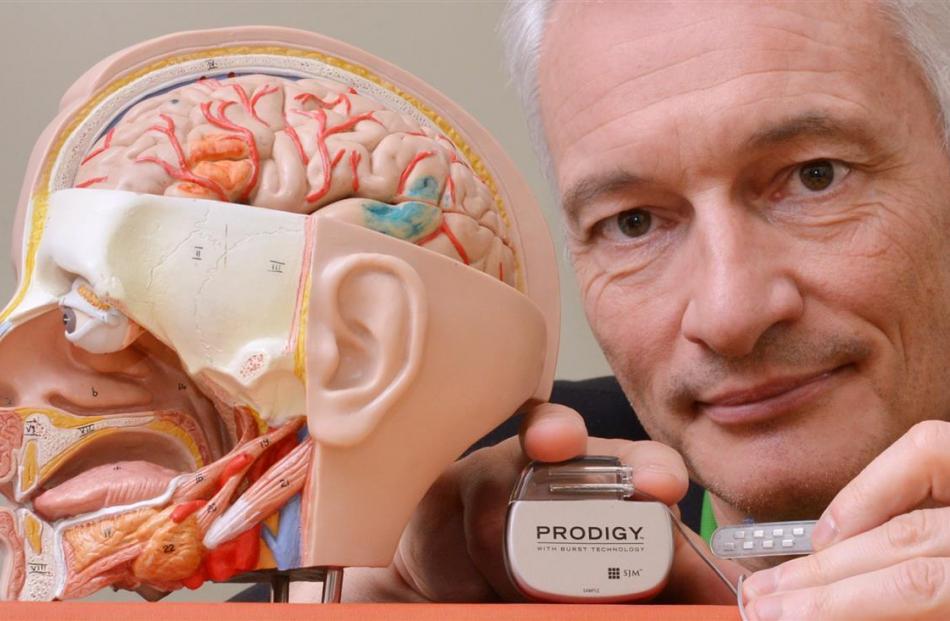 Implants inserted in the brains of alcoholics in research under way in Dunedin are not having quite the desired effect but are producing promising early results, nonetheless.

Led by neurosurgeon Prof Dirk De Ridder, the study involves three Otago alcoholics - soon to be four - who have had the permanent implants to treat their addiction. The implants affect the part of the brain that controls cravings.

Prof De Ridder said the alcoholics had consumed alcohol since the procedure, but they had not abused alcohol.

While their drinking was at a "social'' level, they wanted to completely stop, and Prof De Ridder plans to tweak the implants and is awaiting a programme update from the United States.

The implants would need to be surgically re-implanted, but from now, any new subjects' implants could be reconfigured by researchers using a computer.

"It is a big improvement that if in the future new stimulation designs come out, you can just download them.''

In contrast, his very first subject, back in Belgium before he moved to Dunedin in early 2013, had not touched a drop in four years.

In the group of four (three in Dunedin and one in Belgium) two had been smokers, and both had quit after insertion of the implant.

Because the same part of the brain was implicated in all addictions, the implants did not just affect alcohol cravings.

Another subject had had obsessive-compulsive disorder and that appeared to have been resolved by the implant.

OCD involved the same brain circuitry as addiction, as the need to engage in compulsive behaviour involved the desire for certainty and comfort.

The implants' batteries needed changing every 10 to 15 years, but otherwise they were low maintenance. He planned to write up the results for publication once 10 implants had been inserted.

In the Otago group, two were women, and the next subject would be a woman as well.

The down side of the implants was a possible negative effect on concentration.

The implants were for those who had tried everything else and whose health was often severely impaired by alcohol.

"It's really last-resort patients who have tried every single non-surgical treatment available.''

There was also potential risk of infection or seizure. "As of now we haven't seen any real side effects, which is good."

Prof De Ridder's study is novel as it is targeting the part of the brain that involves cravings.

Implant research under way in other places was mostly targeting the rewards circuit of the brain.

Prof De Ridder is the inaugural professor of the Neurological Foundation Chair in Neurosurgery at the University of Otago. He is also a neurosurgeon at Dunedin Hospital.