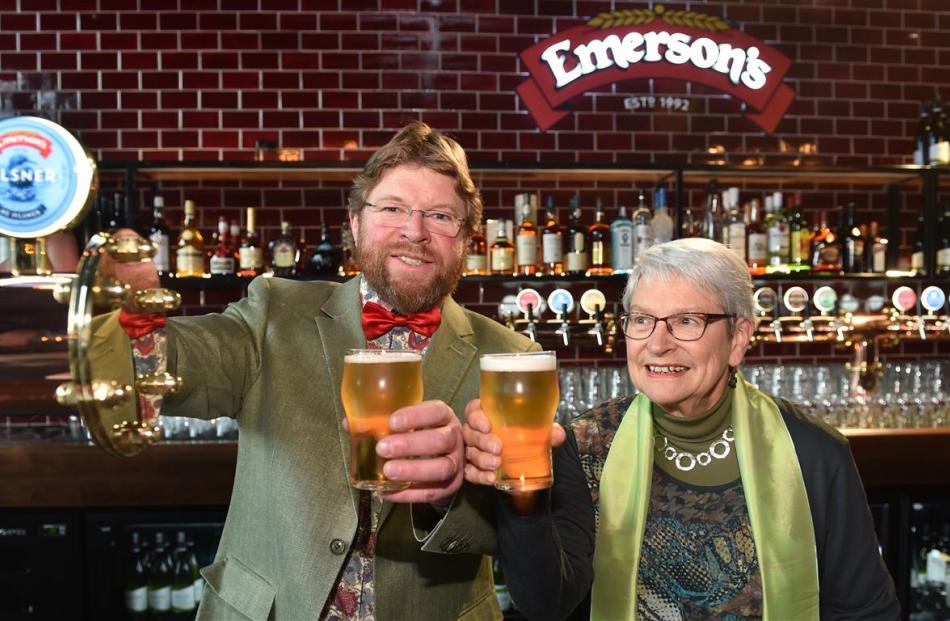 Emerson's founder Richard Emerson and his mother, Ingrid, raise a glass at the opening of the new Emerson's Brewing Company building in Dunedin yesterday. Photo by Peter McIntosh.

The big new $25 million brick brewery standing proudly on Anzac Ave in Dunedin may have been what hundreds turned up to see, but for one very proud mother, it was the feats of her son in overcoming the odds that made the day.

Ingrid Emerson, the mother of Emerson's Brewery founder Richard, described him as "such a determined character'' who had gone from leaving her kitchen a sticky mess from his brewing experiments to opening the new brewery yesterday.

All that from someone who was born deaf, and had to learn to lip-read to communicate.

Mrs Emerson was on hand to help open the brewery yesterday.

Hundreds of people turned out for the opening of the building on land near Forsyth Barr Stadium.

The site was formerly Hall Bros yard, and was bought for the project in 2014.

The company, bought by Lion in 2012 but run by Mr Emerson and his team as a stand-alone business unit, will employ 35 people, compared with 15 at the former brewery site nearby.

Brewing capacity will be about 2.5 million litres annually, compared with 1 million at the old site, and the brewery is expected to eventually reach about 8 million litres. Projected annual turnover is $40 million. 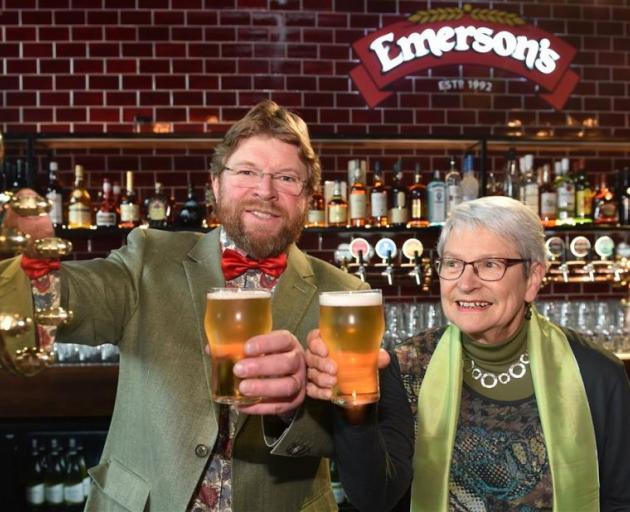 Richard Emerson and his mother, Ingrid, raise a glass at the opening yesterday. Photo: Peter McIntosh

Mr Emerson said the beer brewed at the site could go straight to the bar, where staff could get instant feedback. He said the new building would serve as "a fitting new spiritual home'' for the company.

Mrs Emerson said the opening of the building was "absolutely unbelievable''.

It was the fourth brewery Mr Emerson had established as the company got bigger.

Mrs Emerson said when her son was born 52 years ago it was thought a deaf child would never have a job.

"It was difficult for us. We didn't know how we were going to cope.''

With hearing aids and by lip reading, "all taught by me'', Mr Emerson learned to communicate.

He followed his parents to Edinburgh as a teenager when they went on sabbatical, attended Boys Brigade, went with officers to a local pub afterwards "and his mind was absolutely blown''.

"He just loved the beers.

"He loved their social attitude towards drinking, and I think that at 18 he had made up his mind.''

While his hearing was limited, his senses of smell and taste were not, and he developed plans to change beer culture in Dunedin.

Mrs Emerson also remembered the sticky mess in her kitchen when he began experimenting with brewing, and the substances that "dribbled down the walls''.

But that work had borne fruit. "He's a determined character,'' she said.