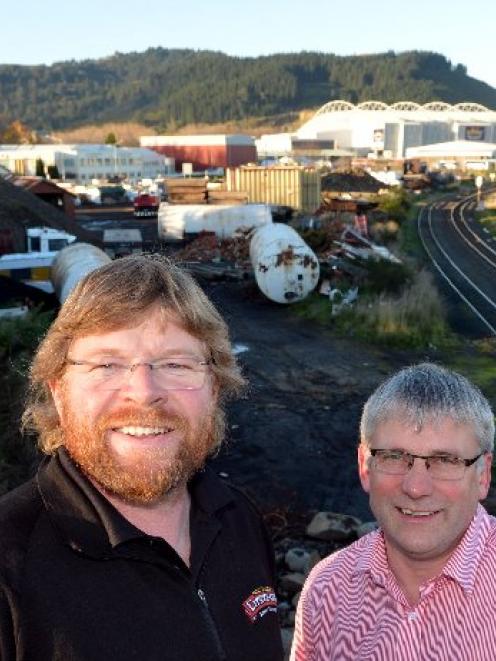 Emerson's has signed conditional purchase agreements with Mr Hall and the council, covering the two titles.

If the deals go through, the brewery would shift a few hundred metres from its current Wickliffe St property to the new site in two years.

The DCC and Cr Hall have been involved in a long-running access dispute over the land, at the intersection of Anzac Ave and Frederick St, in Dunedin.

The wrangle has already cost the council more than $570,000 and has been scheduled for an Environment Court hearing.

DCC general manager infrastructure and networks Tony Avery and Emersons' general manager Bob King yesterday said an agreement to resolve the dispute would hopefully be finalised during the due diligence period, in coming months.

Mr Avery said the council and Mr Hall had agreed to delay a scheduled Environment Court hearing next week until October, ''hoping we might resolve the issue''.

Mr Hall could not be contacted yesterday. Earlier in the week he declined to comment, telling the Otago Daily Times he was bound by a confidentiality agreement.

The 22-year-old Emerson's Brewery, bought by liquor giant Lion for $8 million in November 2012, is soon to install four new tanks at its current Wickliffe St site.

Brewery founder Richard Emerson said he had looked at several Dunedin sites and was pleased to be staying in the city - and expanding.

''This is our spiritual home. The emphasis [of negotiations] has been securing the site. I'm sick of moving the brewery,'' Mr Emerson said of what would be the brewery's fourth relocation.

With Lion's North Island distribution channels, demand had increased, driven by an ''insatiable appetite'' for Emerson's in Auckland, prompting the company last December to defer taking on new customers.

Mr Hall has been in dispute with the council over access to his land for three years, after realignment of State Highway 88 during Forsyth Barr Stadium's construction.

In August 2011, Mr Hall obtained a High Court injunction preventing the council turning on the intersection's traffic lights because of his concerns over safe access.

It is expected that, if the deal with Emerson's goes ahead, the lights will become operational.

The council originally designated some of Mr Hall's property for the new road before realigning the road around his property in 2010 without notifying him, affecting his access.