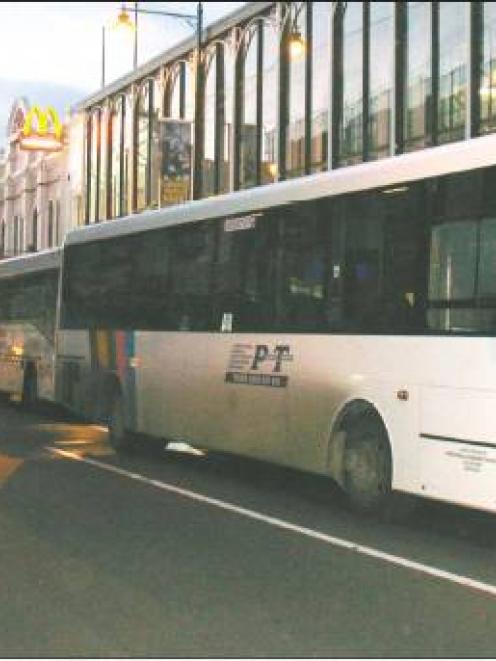 Bus patronage is growing strongly, services are being increased and new coaches bought as record fuel prices drive many commuters to consult bus timetables for the first time since the 1970s.

But such a sudden shift brings unexpected stresses.

Passengers cannot find seats on some services, bus companies are concerned about lack of room at bus stops and car drivers are complaining about buses parked with their tail-ends partially blocking lanes.

In response, the Dunedin City Council has initiated an audit of all the city's bus stops.

In the past year, passenger numbers have grown by anything from nine to 46 per cent.

Citibus general manager Tony Collins told The Star passenger numbers on his company's contracted and commercial services had increased nine percent in the year to the end of May, 2008, compared with the preceding 12 months.

ORC figures for the second quarter were not yet available, ORC spokesman Kerry Dohig said.

Mr Collins said he expected statistics for the past six months would show patronage had risen more steeply this year than in the last half of 2007.

The number of bus services is also increasing.

From Tuesday, the number of bus services from Kenmure and Balaclava to the University of Otago increased.

At the same time, and one month ahead of schedule, bus services to Opoho and Shiel Hill had more than doubled, Mr Collins said.

Citibus has just bought 10 second-hand buses and is having a further seven coaches built.

Rick Tobeck contacted The Star after recent driving incidents in which he was repeatedly forced to stop for or drive around buses parked at bus stops with their tail-ends protruding on to the carriageway.

‘‘I was told it was because the new buses are longer,'' Mr Tobeck said.

‘‘It seems bizarre that they have bought buses that won't fit the bus stops.''

Dunedin Passenger Transport managing director Kayne Baas could not be contacted for comment.

Some bus stops were shortened in the 1990s when shorter buses were in vogue, Mr Collins said.

Citibus had since replaced most of those buses with standardsized coaches.

‘‘When two buses turn up to the stop at the same time, if the bus stop is also close to an intersection, that exacerbates the problem,'' Mr Collins said.

‘‘One outcome of that meeting is that we will undertake an audit of all the city's bus stops,'' Mr Costelloe said.

The audit would take place before the end of the year.