Cafe owner 'being forced out' 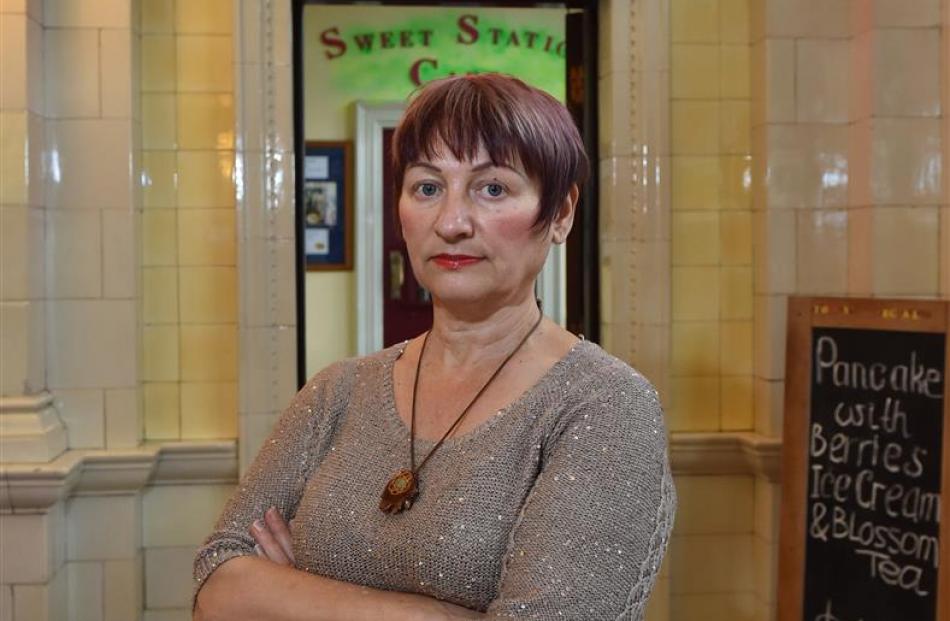 A Russian businesswoman believes she is being forced out of her leased premises in the Dunedin Railway Station by the Dunedin City Council to make way for a new family restaurant chain.

The allegation has been denied by the council, but Sweet Station Cafe owner Tamara Jansen said she received an unexpected invoice from the council earlier this year, requesting she pay $24,797.04 for ‘‘operating expenses recovery'' for the period November 29, 2013, to March 31, 2016.

Miss Jansen said she would like to stay in the railway station, but she could not afford to pay the bill because she was not financially prepared for an unexpected expense of that size.

It was believed a Cobb and Co restaurant was to be established there. She felt like she was being pushed out of her premises.

‘‘I came here for better life. Look what is happening to me now.''

Miss Jansen said if the new company wanted her space, it should offer to buy her business.

She is now seeking legal advice on the situation.

In the worst-case scenario, she said she would leave the city and re-establish her business in another New Zealand city.

‘‘I'm very upset about this because I bought the business to stay here. Everybody likes my coffee, and customers and tourists are happy here - I'm happy here.''

Council property manager Kevin Taylor denied it was using the $24,797.04 bill to force Miss Jansen to give up her lease.

Mr Taylor said Miss Jansen had entered into a standard commercial lease for the railway station premises, and previously only two operating expenses were charged - rates and insurance.

‘‘Since I came into this role in September 2014, we've been reviewing all our operating procedures, and in her case, as with many other leases, we are seeking to recover all of the operating expenses due under each specific lease's terms.''

Expenses now being recovered included repairs, maintenance, cleaning and security, as outlined in the lease agreements.

‘‘The terms vary as per lease, but generally, there's a consistency about what's applied under the standard terms of the lease.

‘‘It's a percentage share in the case of the railway station,'' he said.

‘‘No other lessee has come back to us and said, ‘you've dropped this on us to get rid of us'.

‘‘The response from most other lessees is ‘yes, we were wondering when you were going to send that bill to us', so it's been dealt with accordingly. We quite like keeping our lessees so they keep paying rent.''

Mr Taylor said Miss Jansen's lawyer had contacted the council and he could not comment further.

‘‘That's a matter that's between her solicitor and us. I need to respond properly and professionally through her solicitor.''