Call for audits in bid for 'age friendly' cities 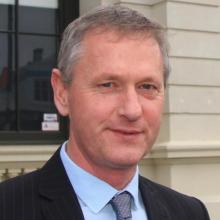 Gary Kircher
A University of Otago academic is calling for New Zealand cities to be audited to encourage accessibility for the elderly and those with mobility issues.

Newly-appointed Consumer NZ board member Associate Prof Rob Aitken, who wants to see "age friendly" cities, said in his Consumer role he would support the evaluation of the infrastructure of different centres.

The Waitaki district was a good example of a smaller area where accessibility was prioritised - and it could provide a "blueprint" for cities such as Dunedin, he said.

Although Consumer did not have the resources to carry out such an audit itself, he was keen to see the organisation work with local authorities.

"It should be everywhere."

Waitaki Mayor Gary Kircher said one of the challenges his district faced was the large number of heritage buildings, which had not been built with accessibility for everyone in mind.

Prof Aitken, appointed to the board last month, said rental homes were also an area of particular interest to him, in terms of making older and differently abled people aware of their rights and encouraging landlords to be more proactive in adding features such as modified baths.

He also wanted to promote the rights of retired and low-income people, young families and single people when it came to housing.

Privacy issues - particularly in relation to the use of "big data" and online tracking and for vulnerable groups such as older people and young people - were another focus, as were sustainability issues.

Outdoors, on the spot fines for verbal abuse of pensioners.