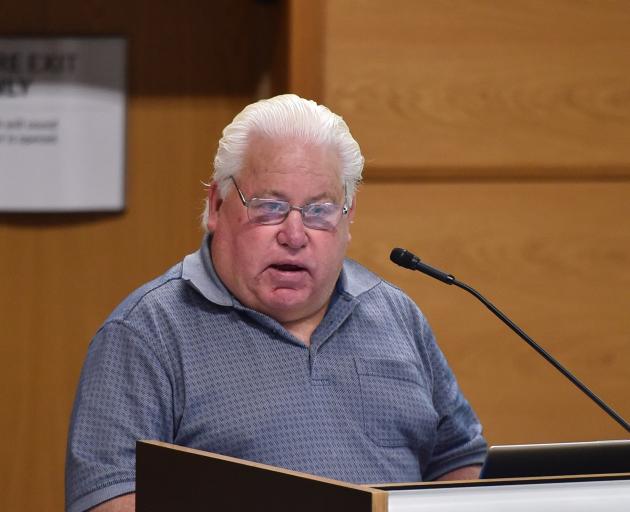 Male Survivors Otago manager Michael Chamberlain speaks at the Royal Commission of Inquiry into Abuse in Care on Saturday. PHOTO: GREGOR RICHARDSON
The royal commission of inquiry investigating abuse in care has been urged to take immediate action, as dozens of Dunedin survivors gathered to share their stories.

A hui, the first of several around the country, was held in Dunedin on Saturday by the Royal Commission of Inquiry into Abuse in Care.

About 40 people, including many survivors, turned out to share their stories and concerns with commission chairwoman Judge Coral Shaw and other staff.

Male Survivors Otago manager Michael Chamberlain said he worked with survivors every day, including making weekly visits to work with inmates at the Otago Corrections Facility near Milton.

He believed the South was one of the areas with the most systemic abuse in the country — and it was not just historical, he said.

By late 2020, 127 survivors from Otago and Southland had registered with the commission.

"If you think, sitting here today in 2021, that it’s not happening now, I’d really say to you ‘pull your head out of the sand’," he said.

The average time it took men he worked with to share they had been abused was about 35 years.

He urged the commission to immediately investigate establishing an independent body to investigate claims of abuse, saying organisations should not be investigating themselves.

He was also concerned about potential extensions to the commission’s timeframe.

Addressing the crowd earlier, Judge Shaw said one of the biggest challenges was contacting those who found the commission hard to reach.

She talked about taking part in hundreds of interviews with survivors, which she described as painful but inspiring.

People in New Zealand found it difficult to believe abuse had occurred, and part of the commission’s job was ensuring people’s stories were told, she said.

The commission is expected to produce a final report by 2023.