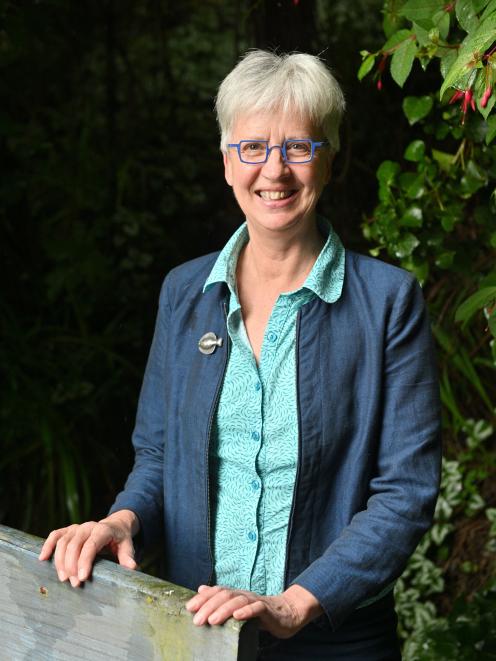 Wise Response chairwoman Liz Slooten. PHOTO: LINDA ROBERTSON
New Zealand could jeopardise its reputation as an environmentally responsible nation if it does not join a coalition of 50 countries lobbying for better environmental protection of at least 30% of the world’s land and oceans, University of Otago marine biologist Prof Liz Slooten says.

Prof Slooten, chairwoman of Dunedin-based Wise Response, said New Zealand benefited from its green image and if it wanted to continue to do so "we’re going to have to really pull up our socks".

The signatories included Canada, the United Kingdom, France, the Netherlands and Japan, but not New Zealand.

At present, New Zealand had its own less-ambitious target of protection for 10% or its marine area, which it also failed to meet, Prof Slooten said.

"It seems that what we’re doing at the moment as a nation is to set the targets really low to match the poor performance, rather than setting an ambitious target and working really hard to meet it," she said.

In 2016, the World Conservation Congress, held in Hawaii, overwhelmingly passed a motion urging governments to set aside 30% of marine environments as protected areas by 2030.

New Zealand abstained from that vote.

At the time, Forest & Bird called the move cowardly.

The country put enormous effort into saving individual species such as the northern royal albatross and yellow-eyed penguin, but their entire habitats were at risk along the Otago coastline without proper protection.

It was time at least, he said, to put in place the recommendations of the South-East Marine Protection Forum — a network of protected marine areas along the southeastern coastline of the South Island.

After years of consultation, the proposed network of protected areas just needed to be signed off by ministers, he said.

"Approximately 80% of our native biodiversity is found at sea, but only 0.4% of our oceans are protected," Mr Zwaan said.

Conservation Minister Kiri Allan did not rule out joining the international coalition yesterday.

Ms Allan said New Zealand remained active in negotiations for a new set of global biodiversity targets for the next decade.

The country was focused on supporting a global land and marine protection target that improved outcomes for biodiversity and ecosystem conservation at a global level, she said.

New Zealand had not joined the High Ambition Coalition "at this stage".

"We wish to consider further the overall global biodiversity framework before taking such a decision," she said.

And with respect to protection of Otago’s coast, she said decisions on the proposed southeast marine protection network would be made once she and Oceans and Fisheries Minister David Parker had considered advice from their respective ministries.

Public consultation closed in August 2020 and 4056 submissions were received, she said.

This Labour government needs to talk less and act more.
At the beginning of December it was announced that Governments responsible for 40% of the world’s coastlines have pledged to end overfishing, restore dwindling fish populations and stop the flow of plastic pollution into the seas in the next 10 years. New Zealand was NOT one of those countries! The countries – Australia, Canada, Chile, Fiji, Ghana, Indonesia, Jamaica, Japan, Kenya, Mexico, Namibia, Norway, Palau and Portugal – set out a series of commitments that mark the world’s biggest ocean sustainability initiative, in the absence of a fully fledged UN treaty on marine life.
In a new report an international group of scientists, who warn people still haven’t grasped the urgency of the biodiversity and climate crises said the planet is facing a “ghastly future of mass extinction, declining health and climate-disruption upheavals” that threaten human survival because of ignorance and inaction.
I don't think our government are ignorant but they sure do lack action on environmental issues.