Call to open up on domestic violence 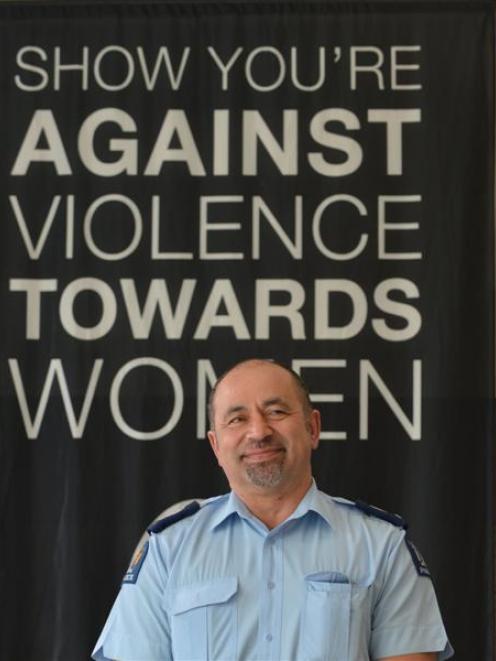 The Police Southern District family violence co-ordinator is calling for a national conversation on domestic violence.

''We need to be a lot more open and bring it to everyone's attention and let it out there in the public domain.

''It is not just about a police response ... we should all take ownership.''

He urged those who lived with domestic violence or suspected it was going on behind closed doors to ''get in contact with us, or find someone else to talk to because you are probably right, there is something going on''.

He asked people to look out for each other, particularly at this time of year as family violence rates typically increase.

Snr Sgt Gray said a ''significant amount'' of police work involved family violence situations, and under the police's prevention first strategy, it was about stopping offending and focusing on victims.

It was important people knew what to do to avoid becoming a victim or perpetrator of family violence.

''In practical terms, family violence is about someone deciding to exercise power and control over another person.

''Often, people perceive this as only physical, i.e. broken bones and bruises. However, it also includes put-downs, intimidating someone, using children to get at another partner, controlling someone's money, controlling who they see and what they wear.''

If you are a friend, neighbour, parent or child of a person you think is in a violent relationship, the following suggestions are steps you can take:

Always keep lines of communication open: Isolation is apparent in a large number of family violence cases. Isolation manifests itself in many forms, from stopping the victim seeing friends and family, opening mail, making it difficult to keep in touch, never liking the victim's friends and checking up on the victim. Once isolated, the offender makes the victim dependent on them. Often, the victim feels they must constantly check with the abuser before doing anything for fear of an argument.

Never judge: There are many reasons why victims stay in relationships - it is better to concentrate on the unacceptable behaviour of the aggressor. Victims are normally so scared of the abuser that they often return rather than suffer the abuse and humiliation that the abuser will use if they leave.

Don't assume that if the relationship ends, the victim is safe: It is recognised that it is at the time of separation that the violence and intimidation is likely to escalate. This is a time to be vigilant and help protect the victim and children. Develop safety plans and seek help from support agencies sooner rather than later.

Report incidences of violence: If a victim does not want to report violence to police, encourage them to report it to their health professional, Women's Refuge or Rape Crisis. Keep a diary, take photos of injuries. These actions may not be able to be used in the prosecution of an offender, but they can make for a better assessment of risk for you and agencies, and make the victim more aware of their situation.

''Southern Police are committed to ensuring victim and child safety, offender accountability and to collaborating effectively with agencies that can help us to achieve this,'' Snr Sgt Gray said.

''All of us in this community need to be part of the solution, not only for women, but for the children and also the men who suffer violence in our midst,'' he said.