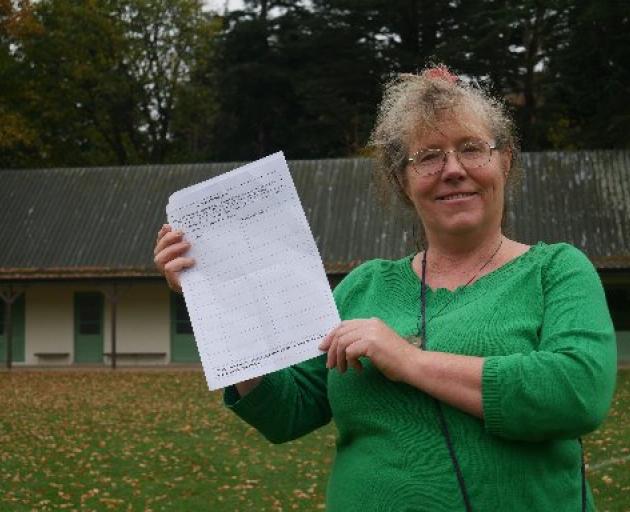 Kaitrin McMullan started a "Don't Pee in the Park Petition'' to urge the Dunedin City Council to give the public access to the pavilion toilets during daylight hours.

The toilets were only available with 48 hours' notice and a "bunch of paperwork'' from the council, she said.

The online petition was launched a week ago and had attracted about 400 signatures so far.

Hard copy petitions were also at local cafes and The Valley Project.

Without toilet access, people either used the bushes or avoided the park altogether.

Ms McMullan said she visited the park every day to walk her dog, play with her grandchildren or go for a walk with friends.

Ideally, she wanted toilets installed near the children's playground but would be happy to have access to the ones already at the park.

Both were kept closed but were available for hire.

The pavilion was primarily used by sports clubs and for community events.

It was renovated last year, and the toilets had both internal and external access.

"This means they could be used by the public when the facility has not been booked,'' Mr West said.

"Parks staff are investigating ways the toilets may be made more accessible.

"However, when these have been opened in the past, we have experienced vandalism on several occasions.

"Therefore, we are considering how we can manage this if the toilets are opened for public use during the day.''

The stables were primarily hired for weddings and other community events.

"The toilets are internal-access only and if we opened these to the public, we would need to open the whole building.

"Therefore, this is not possible without having staff on site.''