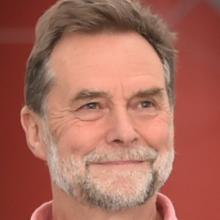 Clive Humphreys
The head of the Otago Polytechnic School of Art is saddened but not surprised by a proposal to cut the art history programme from the University of Otago.

The university is considering disestablishing the programme in 2020, which would allow the 18.7 equivalent full-time students (Efts) enrolled in the programme time to finish their degrees.

Numbers have dropped by more than 75% in the  past four years.

Two of the programme’s five teaching staff left in 2014 and were not replaced, although two part-time teaching fellows were appointed. Another staff member left in 2017 and a  lecturer left this year to take up a post elsewhere, leaving only one full-time staff member.

Consultation on the change is  running until September 4  with the Tertiary Education Union and affected parties.

Art school director Clive Humphreys said considering the way the humanities were being treated in the tertiary education sector, the move was "possibly predictable".

"But I’m sad to see the [demise] of the art history department, which we’ve had a long association with," he said.

Art history gave budding artists a context in which to work, which was important, he said.

The School of Art had a history component in its qualification, so the subject would not "cease forever in Dunedin". However, the School of Art and the art history programme tended to attract "two different kinds of  student" so he did not think the polytechnic would pick up students who would otherwise have gone to the University of Otago, Mr Humphreys said.

Graduates took to social media on Thursday to share their memories of the programme. One former student said "the pull away from humanities and focus on sciences will be a detriment beyond the departments themselves or even the university".

"It is well documented in history that happy and healthy societies had flourishing arts and humanities."

• The University of Auckland also proposed to cut 5.5 full-time jobs from its School of Cultures, Languages and Linguistics in August; a four-week consultation process  is now taking place.

• Five staff lost their jobs in the University of Auckland’s music department in June.

Polytechnic is not Uni. Are Art History lecturers associated with Art School to remain?