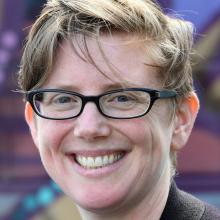 A queer rights advocate is "really happy" gender-diverse students now have more options to identify when giving their enrolment details to the University of Otago.

Whereas in the past students could choose female, male or X for indeterminate, students this year can identify as "gender diverse", and, if they want to, specify whether they are a male or female, a transgender man, a transgender woman or non-binary transgender.

There is also the option of calling themselves Mx or Id in addition to the titles Mr, Mrs, Miss or Ms - and students can change their gender in their student details without having to provide any supporting paperwork.

OUSA former queer support co-ordinator Hahna Briggs said she was "really happy" students could now use those options to express their identity.

For about 18 months OUSA and the university had been discussing the possibility of having more options to choose from, and Ms Briggs said she had been in a number of conversations with staff and had supported someone who was pushing for the change.

Ms Briggs, who also organised Dunedin Pride last year, has since left her position but is still active within OUSA as a senior student support advocate. In the past, the University of Otago had only male and female options on enrolment forms due to requirements set out by the Ministry of Education.

"Students were able to change their gender marker after enrolment to M, F, or X (X for indeterminate) but they had to provide a statutory declaration or an updated passport to make this change. Now this process is so much easier," she said.

OUSA president for 2019 James Heath said the new university process was "in line with common practice".

"From an OUSA perspective we welcome, and celebrate, openness with regards to gender diversity with a goal to make Otago the most inclusive campus in NZ."

Feedback about the change from students online was very positive, describing the move as "awesome" and "fantastic".

"Mx" - pronounced "mix" -  to describe people who do not want to be classified as male or female is used in the United Kingdom on official documents. OUSA Queer Support conducted a campus climate survey in 2014, and found 1.1% of participants identified as gender diverse or transgender - equating to nearly 230 students if the total roll of full-time and part-time students was about 20,800, as it was in 2017.

The university  was unable to respond to a request for comment  before deadline.

When will it stop? who ever made us made us we are male and female, I'm not religious, some people are attracted to the same sex no problems what so ever, some are trans gender still no problems, we can now identify with the such like but when will it stop? I'm now scared I might offend somebody (can we still use the word somebody to help identify a person) by calling them Mx or Id in addition to the titles Mr, Mrs, Miss or Ms when its not. How the hell is Joe Bloggs meant to keep up with all these changes as to not offend and know who's who. What about toilets should these new models of humans have there own sections of toilets?. I'm offended I have too share my toilets. I feel I'm no longer are the norm. At the end of the day my view on life is to treat people how you like to be treated and with respect I don't care if people are gay, blue green, white brown as long as we all respect each other. To all these new species don't be offended if I call you Ma'am when it should have been Sir. Like wise don't preach to me, IMHO we have male female, gay, transgender people and we should all treat each other with respect. but this is getting out of hand, what next?