Canadian finds his ticket to success 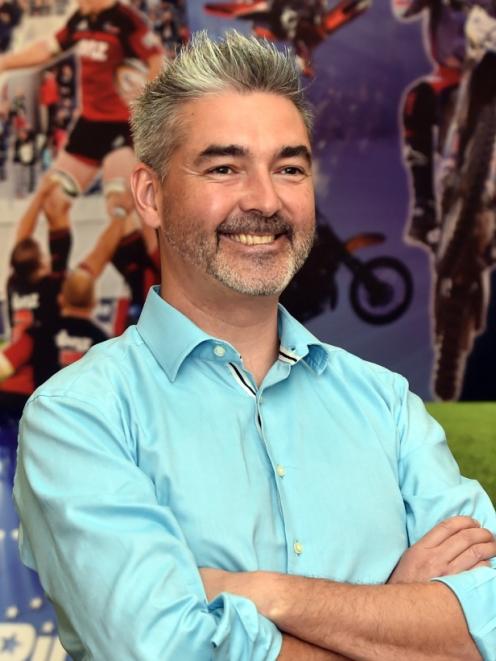 Dunedin businessman Matthew Davey, along with a group of investors, has taken a five-year licence to run the Highlanders. Photo by Peter McIntosh.
Matthew Davey says the Highlanders helped make him - now he is ready to help return the favour.

The Dunedin businessman says he started the company he founded, Ticket Direct, at Carisbrook in 1999, and it has since grown into a multinational entity based in Dunedin.

''The Highlanders have helped create who I am and what I do today.''

Yesterday, along with a group of South Island private investors, he took on a five-year licence to run the Highlanders.

That means the group has a 77% stake in the Super Rugby franchise, with Otago, Southland and North Otago provincial unions having a 13% stake.

His new role, which includes being a director on the Highlanders' board, is a long way from his birthplace of London, Ontario, and upbringing in Ottawa in the same state, and then Victoria, in British Columbia.

It may not be widely known, but his company, which runs from a historic building in Dunedin's Bond St, employs about 70 people internationally and is making good headway in Canada and the United States.

He says Dunedin is a great place to do business, and he describes negative views of the city in that sphere as ''b . . . ''.

He describes ''great partnerships'' with the Dunedin City Council and the University of Otago, in a city that has ''given me so much''.

''For a tech company, being in a supportive environment like this, with the university here on our doorstep giving us great talent coming out of that institution, means that we can do incredible things.''

Mr Davey said he graduated from the University of Victoria with a degree in health informatics, and ''promptly did nothing with that degree, except start an internet company in Vancouver with a couple of other graduates''.

That internet access company, started in the mid-1990s, grew to a ''decent size'' and was sold to company in Toronto.

''I had a few dollars in my pocket and wanted to travel and go back to university.''

He met ''a bunch of Kiwis'' during the Commonwealth Games in Victoria in 1994.

''They made New Zealand sound like an awesome place, so I decided to sign up to university and found myself in Christchurch at the University of Canterbury.''

A relationship with a New Zealand woman resulted in a move to Dunedin, where he ''came across some amazing business opportunities''.

Mr Davey worked for Radio Otago in systems administration, using his background in computing, a move that resulted in an important opportunity.

Radio Otago's Neville Frost had moved to work at Carisbrook, and Mr Davey, in an ''amazing random opportunity'' was helping him with his computer when Mr Frost mentioned the stadium needed a new ticketing system.

That response led to Ticket Direct, a company that later became a naming rights sponsor at Forsyth Barr Stadium.

It also helped spark a love of rugby in the Canadian, who had previously been more interested in ice hockey and basketball.

''My first live game of rugby was 1998 NPC semifinal against Taranaki, and the final against Waikato. Seeing guys like Tony Brown out there putting it all on the line for blue and gold was amazing for me.

''To be part of that work with these guys, and contribute to rugby in the South, is a dream come true, really - a huge privilege.''