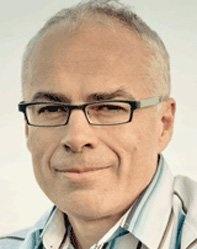 Cancer survival rates have improved markedly - although the picture is not so rosy if you are Maori or poor, a University of Otago report says.

Researchers at the university's public health department in Wellington looked at 21 different cancers in people diagnosed from 1991 to 2004, with follow-up for possible death until the end of 2006.

Across all cancers death rates reduced 26% each decade, with strong improvement in breast (52% decrease every decade among those diagnosed), leukaemia (60%) and non-Hodgkin's lymphoma (44%).

Other cancers, such as lung and pancreatic, showed little improvement.

While both Maori and non-Maori survival rates improved, mortality remained 29% higher in Maori.

The wealthy were also more likely to survive. Those in the lowest third of household incomes had a 12% higher mortality rate than people with high income.

And the gap was widening, with survival rate increases slower among low-income people than high-income people.

The gap was increasing by about 9% every decade, a university press release said.

Health inequalities research programme director epidemiologist Prof Tony Blakely, of Wellington, said the research was not "sophisticated" enough to analyse the relationship between Maori income levels and survival, to determine the balance of ethnicity versus income.

"The good news is that averaged across all cancers, the death rate among those diagnosed with cancer reduced by 26% every decade.

"This is a success story, and a tribute to our improving health services."

While survival was improving for both Maori and non-Maori, it was as if they were coming down in "parallel" with the gap remaining the same at 29%.

It was likely both low-income and Maori people were more likely to have "co-morbidities" (other health problems), difficulty negotiating and understanding the health system, and problems attending appointments.

Another factor was higher-income people being able to "queue jump", which often meant going to a private health provider for a diagnostic test such as a colonoscopy, and then heading back to the public sector for treatment.

Often, it was the hurdle of obtaining a diagnosis that stopped people receiving timely treatment, after which treatments such as chemotherapy were available.

Whether the gap between rich and poor survival would get much worse because of growing income inequality was a "really difficult" question.

"I would hope not, [because] we are in a country where we attempt at least to provide social services, in this case health services, universally for everybody."

Researchers did not have a big enough sample to examine Pacific Island death rates, he said.

Cancer rates themselves were a "mixed bag", with lung and colon cancer rates down, but blood-borne cancers such as leukaemia up.

The CancerTrends survey was funded by Health Research Council of New Zealand, with support from the Ministry of Health.