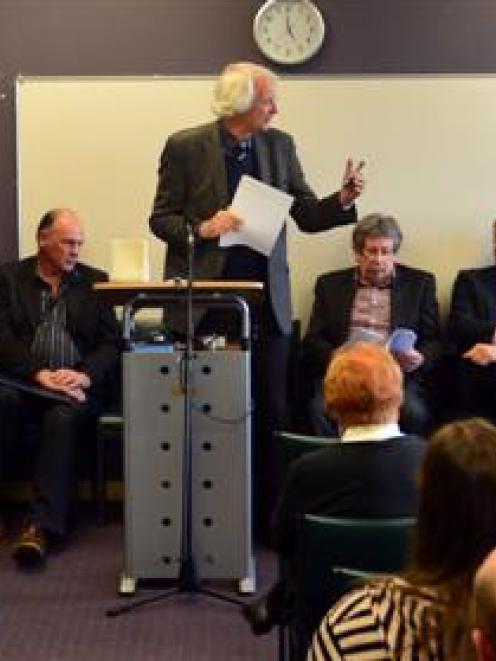 Those thinking that in Don Quixote fashion they would shake up the system soon discover if they do not do as they are told, the minister will simply do it anyway, the veteran health board member and former chairman said.

The forum was for Southern District Health Board (Otago constituency) and Dunedin mayoralty candidates in next month's election.

They were asked to address the issue of healthy housing in their allocated speaking time.

Mr Thomson said health boards were not allowed to spend money on housing, even though it could benefit health. Historically, local councils had had more influence on population health, with sanitation measures, than health authorities had achieved.

Health board candidate Peter Barron disagreed, saying DHBs could do a lot to orientate the system towards proactive care, rather than just treating symptoms of illness.

He was disappointed with a lack of media coverage of health board elections, given the budget controlled by the board dwarfed those of local councils.

He said the South should look to Canterbury District Health Board for how to integrate secondary and primary healthcare, as the area was generating interest from as far afield as Britain for its success.

It could become a world-class teaching hospital if it overcame its reluctance to bring students on board.

Asked for questions, audience member Paula Stickings, of Dunedin, asked the health board candidates how they would address the increased use of public exclusion at monthly meetings.

Mr Thomson said it was not just members of the public, but board members, who lacked information.

Rather than more time being spent deliberating behind closed doors, there was simply less information going before board members and the public.