'Can't drive past a second-hand shop' 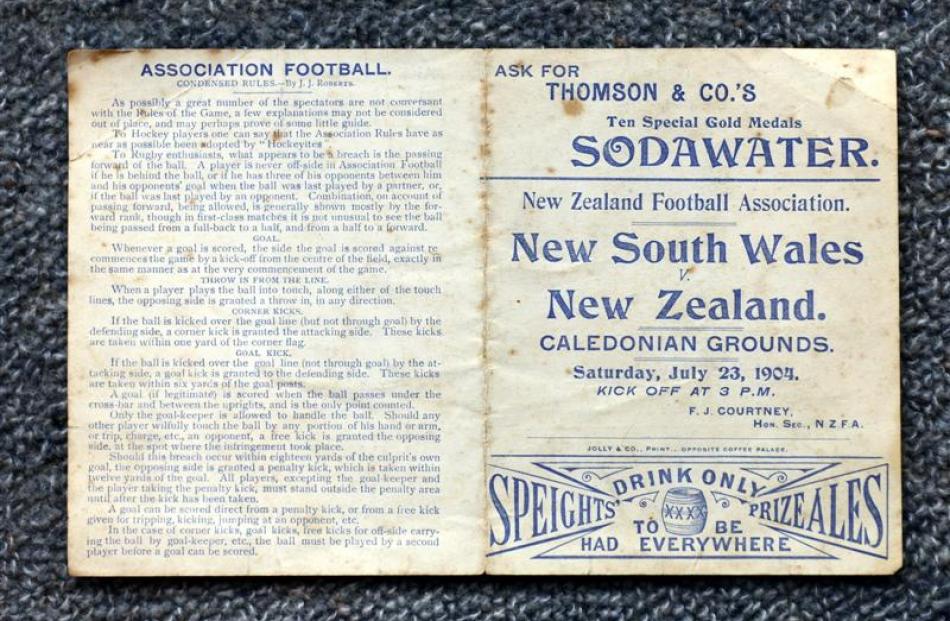 The programme for New Zealand's 1904 game against New South Wales at the Caledonian Grounds in Dunedin. 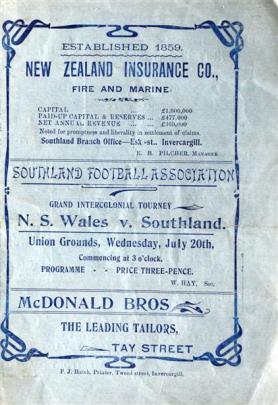 The programme for Southland's 1904 game against New South Wales at Invercargill's Union Grounds. 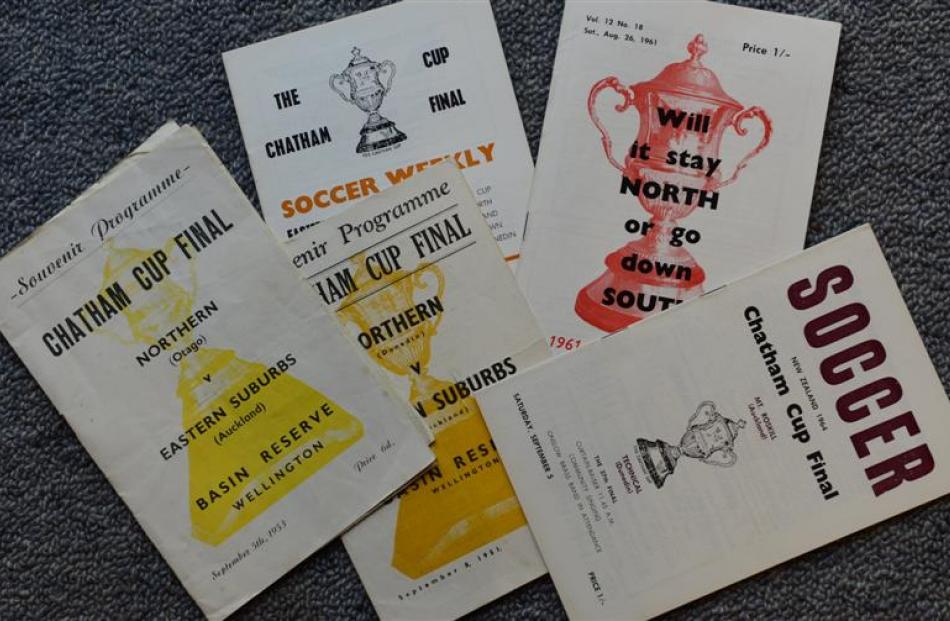 Various Chatham Cup Final programmes and flyers from the 1950s and 1960s. 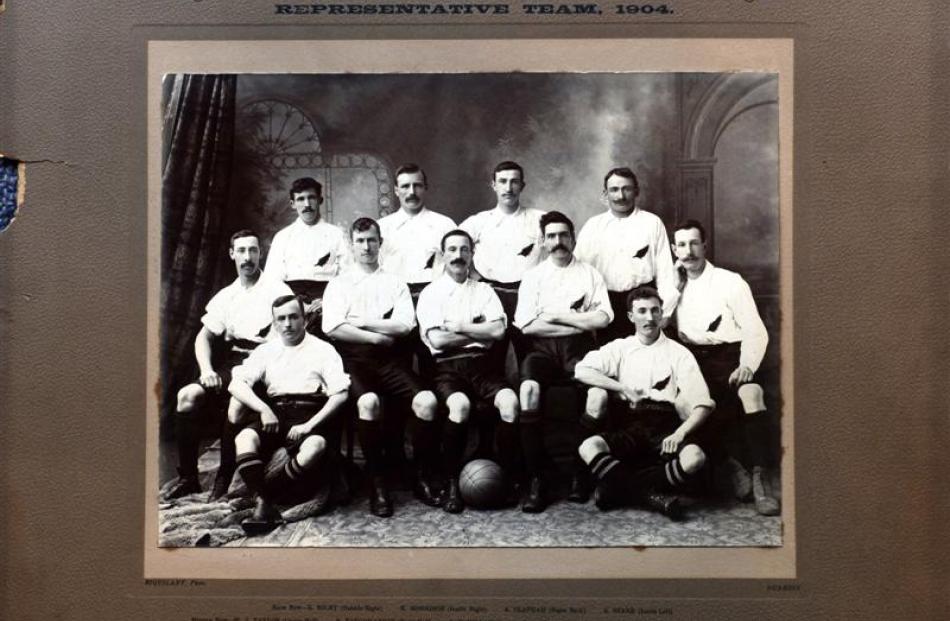 New Zealand's football team, which included about six Otago players, competed against a touring New South Wales side in 1904. 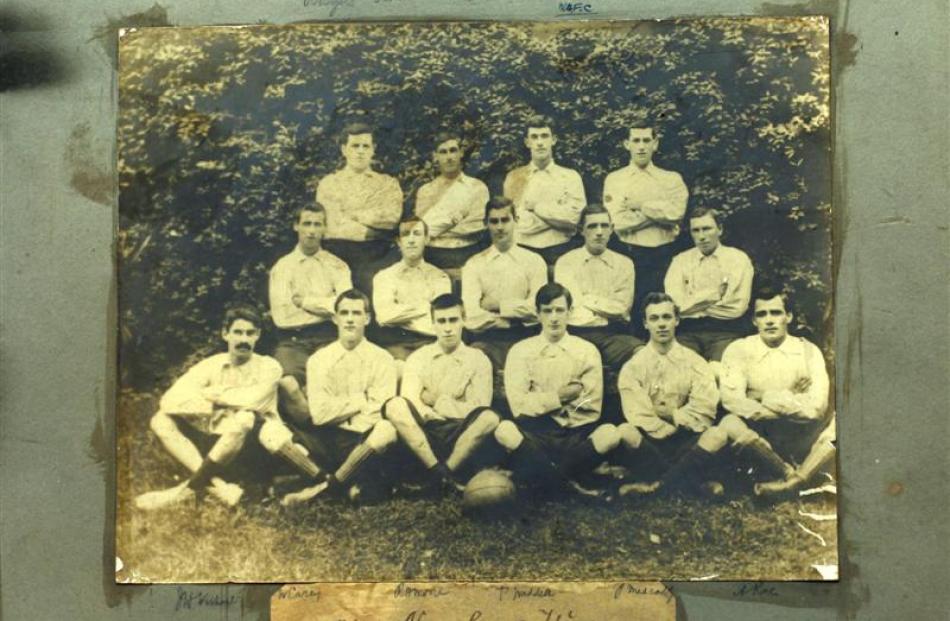 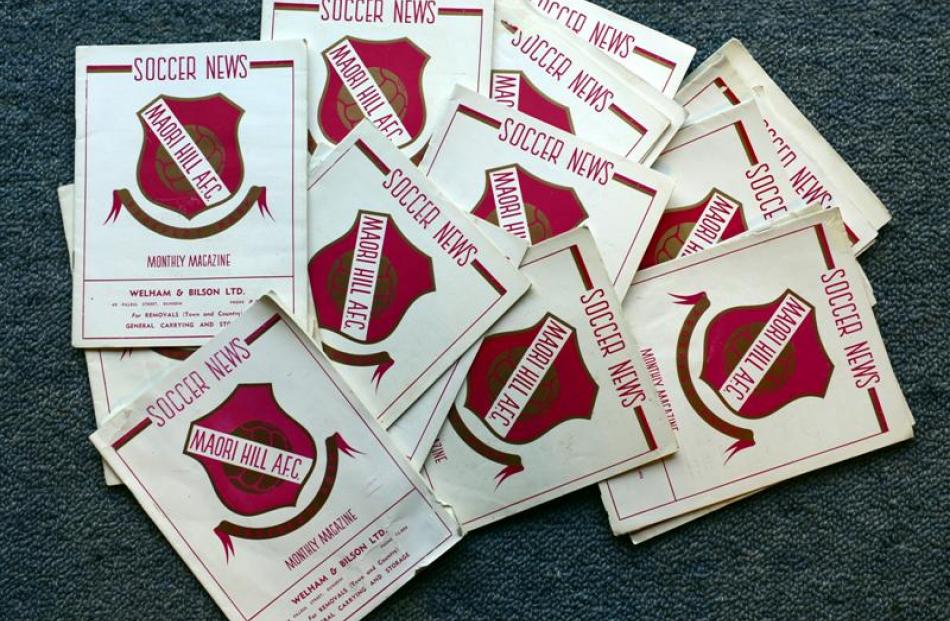 Copies of the Maori Hill Association Football Club's monthly magazine from the 1950s and 1960s. 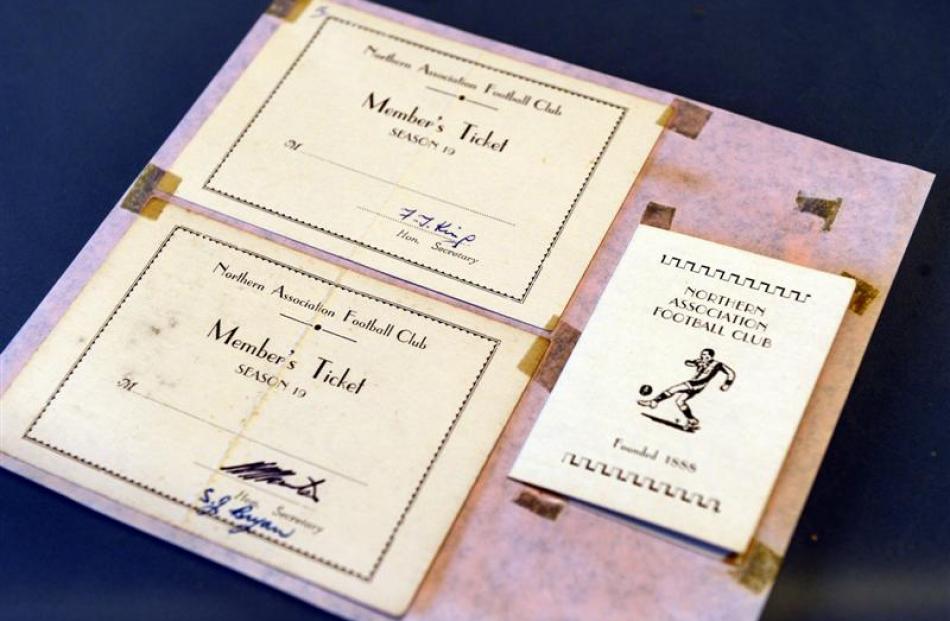 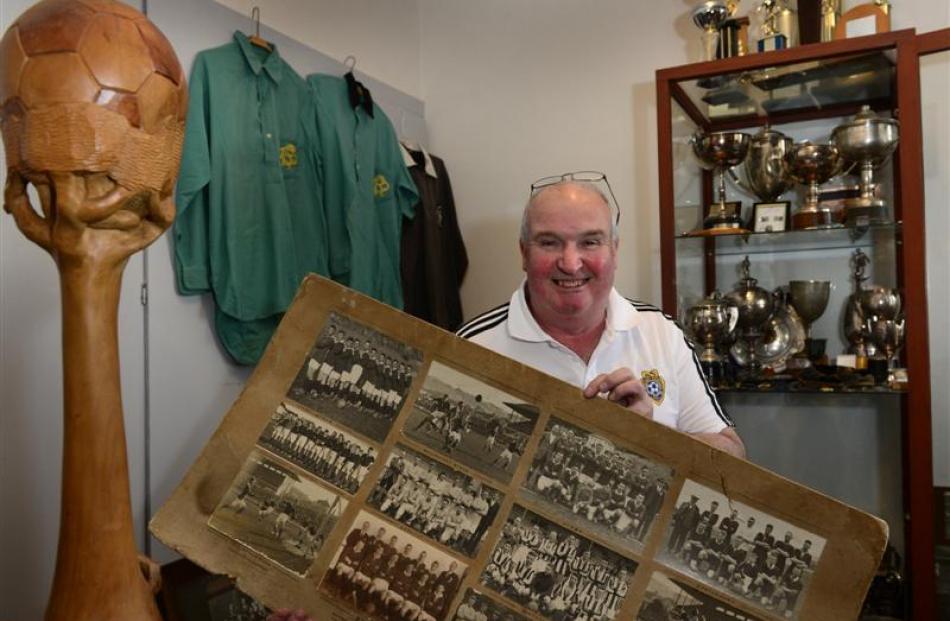 Dunedin resident Norm McRobbie says he will never stop collecting and hopes to publish a history of Otago football. Photos by Peter McIntosh.

Like many collectors, Norm McRobbie has a hard time finding space to keep everything.

But not all fanatics can get rid of 10,000 items and consider it a minor clearance.

Such is the extent of Mr McRobbie's football memorabilia archive at his Dunedin home.

''My wife started complaining about the lack of room and things appearing all over the house, so I just got rid of about 10,000 English football programmes. To be honest, I think mine is a relatively small collection,'' he said.

Mr McRobbie (55) was ''born and bred'' in Dunedin, where as a young lad he went with his father to watch football games.

''I brought home the programmes from those games and I guess that's where my collecting started,'' he said.

But it was not until 1970 that Mr McRobbie's collecting became official, when he responded to a letter in a soccer magazine from someone wanting to sell items.

Since then he has amassed tens of thousands of vintage football programmes, badges, flags, photographs, jerseys, ''strips'', blazers, trophies and other articles.

Mr McRobbie always had an interest in English and Scottish football and spent five years living in the United Kingdom in the late 1990s.

He continued collecting international items for a while, until it got a bit much and he started focusing on New Zealand and Otago football memorabilia.

''It slowly mounted up. Whenever I had any spare money it would go on the collection.

''People say I can't drive past a second-hand shop and that about sums me up. I'm just always looking for stuff,'' he said.

A football player for 20 years from the age of 7, Mr McRobbie then became involved off the field for Dunedin clubs - particularly the Roslyn Wakari Association Football Club which he will help celebrate its 125th anniversary next year.

Given his passion for the sport and his self-described condition as a ''compulsive collector maniac'', Mr McRobbie's collection is perhaps not so unlikely.

But it is unusual, he says.

''I'll never stop collecting. You find things in all sorts of places, very rarely does something amazing turn up, but if you don't look you don't get,'' he said.

While living in Caversham a while ago, Mr McRobbie had football relics turn up in his letterbox.

He discovered he was residing opposite a man of the game who respected his dedication to keeping its history alive.

And when the Otago Football Association wound down about 10 years ago, it entrusted Mr McRobbie with the safekeeping of its trophies.

Eventually Mr McRobbie hopes to write a history of Otago football, at least to set the record straight.

''There are no records around of who played for who, or the history of the Otago teams. Early on, in the 1930s, Otago football was quite strong,'' he said.

Mr McRobbie is particularly proud to own programmes from the 1904 New South Wales tour of New Zealand, which involved a game against Southland at Invercargill's Union Ground and another against New Zealand at the Caledonian Grounds in Dunedin.

''I've had that for as long as I can remember. You would be lucky to find another,'' he said of the international programme.

As his collection grows, so too does its significance.

Mr McRobbie says it has no monetary value. He simply collects for the love of it.

''A while ago a dealer offered me some money for an item and I told him to take a running jump.''

But money is a factor in the collection's expansion, he says.

Mr McRobbie recently passed up the opportunity to own a 1909 Otago Football Association cap because a dealer wanted too much for it.

''Try explaining that to your wife!'' he said.