By John Lewis
0 Comments
Ann Swan still remembers the day four of her former pupils turned up at her classroom door with a card and a cake to celebrate her birthday.

"It was one of the biggest thrills of my life. They’d somehow remembered it was my birthday.

"It was the card that meant everything to me. It said, ‘You always believed in us’.

"These kids had gone through to university, they’d been overseas and they came back, and I thought that just shows you — if you really want something and aim high, you can do it."

The 64-year-old Carisbrook School teacher said it also showed she was having an impact on the lives of children, many of whom came from troubled backgrounds.

Sadly for many of her present pupils, today is her last day. 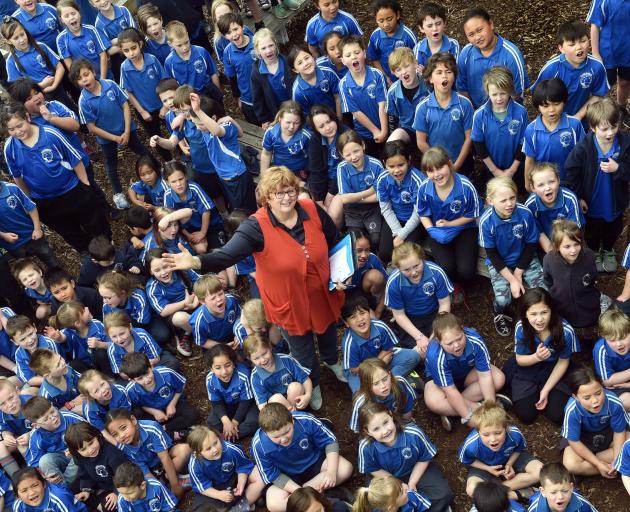 Mrs Swan started her career at Balmacewen Intermediate and taught at Macandrew Bay School and Brighton School before moving to Caversham School, which later merged with several other South Dunedin schools to become Carisbrook School.

She had mixed emotions about retiring now the day had come, she said.

"I’m excited about my future, where I’ll be near my family and grandchildren — that’s the big drawcard.

"But I’ve been at this school for 28 years and I’m on to teaching third generations of some families.

She said she would really miss the school, particularly because she was a special educational needs co-ordinator and was in charge of pastoral care, which meant she had become very close to many pupils and their families over the years.

Through each generation, her main goals had been to make sure her pupils were nurtured, given self-confidence, self-belief, ambitions to aim high and the tools to achieve their goals.

She was tearful when describing some of the issues which her pupils had to face on a daily basis.

"They’re wonderful. They’re the most resilient children — it brings a tear to my eye, because they really are [resilient]. I admire them. I’m so, so fond of them."

Her departure would be marked with a farewell morning tea today.

She threatened to wear a baby’s bib to it.

"The bib won’t be for keeping food off my clothes. It’ll be for wiping away tears."