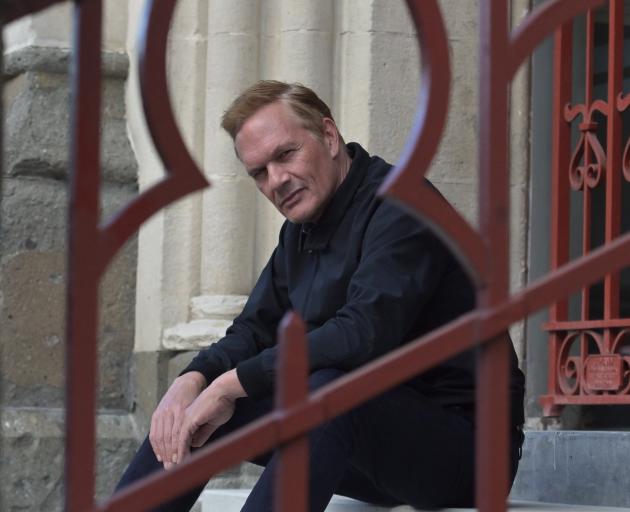 The former frontman of Straitjacket Fits and Dimmer won the general non-fiction category as well as the E.H. McCormick Prize for best first work in the genre for his memoir Dead People I Have Known at Tuesday night’s Ockham New Zealand Book Awards.

Carter — who celebrated the triumph in low-key style with his sister and nephews in their bubble — said he was “counting every cent” but acknowledged his options for spending the cash were limited under the current state of the nation.

‘‘I could go to the movies and get a really big bucket of popcorn.

The awards ceremony had to be screened online, which Carter said was ‘‘surreal’’ but it made the double win no less thrilling.

‘‘I put myself out there and laid myself on the line with that book and to get that reaction, to me that confirms people appreciated the honesty and candour.’’

The judges raved about the memoir.

‘‘It is a fascinating look at what it means and feels like to be a creative obsessive — pushing towards perfection despite, and because of, addiction, oblivion and isolation,’’ one wrote.

That perfectionism was apparent when Carter spoke about the achievement.

While the book had been roundly lauded, he still saw its flaws.

‘‘I see all the imperfections. They drive me a bit nuts, actually. I see that in all my work,’’ Carter said.

He admitted, however, he was proud.

It was a book no-one persuaded him to write.

There was no publisher or grant to assist.

The only way he was able to write it, Carter said, was by managing to get a crib in Aramoana for $150 a month.

He was keeping future writing projects under wraps but maintained the simple mantra: ‘‘if it feels good to you and it’s true to you then no-one else can touch it’’.

In doing so, she edged out more experienced writers Owen Marshall (Pearly Gates), Carl Shuker (A Mistake) and David Vann (Halibut on the Moon).