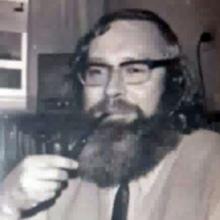 Errol Patrick
An almost $1 million bequest from the former Dunedin teacher who was the last surviving member of the Patrick family is expected to be used to  help cats.


Errol Patrick, who died  this year aged 90, was a cat lover, and left a sizeable amount to the SPCA.

SPCA chief executive Andrea Midgen, of Auckland, said Mr Patrick donated the bulk of his estate — about $900,000 —  to the society.

"He was a lover of animals, and in particular cats, so it’s understandable."

Ms Midgen said the SPCA was often fortunate in receiving bequests from people  who did not have close family, but loved animals.

The amount was "certainly up there" in terms of donations the organisation received, though some were in the millions.

That was fortunate, as the society was costly to run.

Ms Midgen said the SPCA’s about 40 centres across New Zealand merged as one entity last year.

All together it costs about $40 million  a year to run, which was "really sad and scary", as it gave an idea of the size of the problem in New Zealand.

Mr Patrick also left his cat Ravi to the SPCA. It had  been rehomed in Dunedin.

The society had yet to decide what to do with the money.