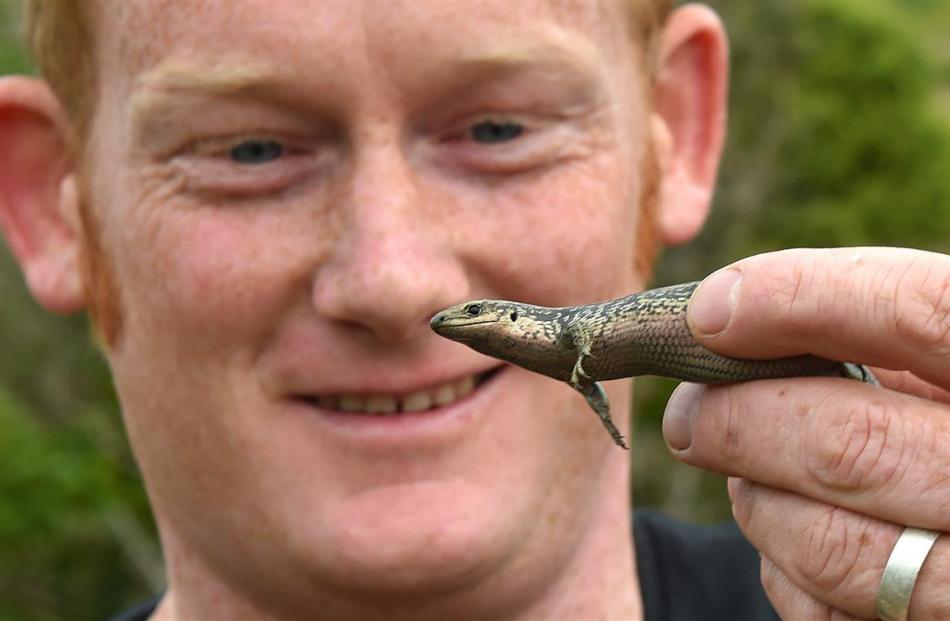 Forty rare green skinks are to be introduced to Orokonui Ecosanctuary.

The skinks are being collected at several sites near Macraes and Naseby and will be the first population of the species to live in a mammal and predator-free habitat.

Orokonui Ecosanctuary general manager Chris Baillie said it would be a chance for people to "encounter and learn about them''.

"Apart from the fact that they are not very widespread, people are unlikely to come across them,'' she said.

Fourteen of the scheduled 40 were re-homed at Orokonui on Wednesday.

Collectors were hoping to have caught the remaining 26 by yesterday.

It took several days of scouting and observing the skinks before they could be collected.

Only one in four could be taken, to ensure populations remained relatively undisturbed in those areas.

Green skinks were considered "at risk and declining'', Ms Baillie said, so this was a chance to study them to try to improve their numbers in the wild.

Herpetologist Carey Knox will lead the green skink project while completing his masters degree, which will be the first detailed scientific study of green skinks.

As far as Ms Baillie knew, the skinks had never been counted.

"The fact that they are being seen in fewer places means in a little while they could be critically endangered.

"Having a population at Orokonui will enable people to appreciate this animal and hopefully motivate more conservation effort.''

Green skinks are about 25cm long, bigger than the jewelled gecko but smaller than the Otago skink.

The green skink is the ninth species of fauna the sanctuary had introduced since opening to the public in 2009.