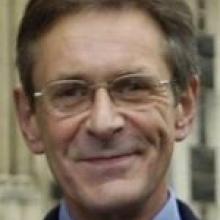 Kevin Dawkins
Travel and career opportunities are the two aspects of life most affected by a criminal record, but people with a minor conviction can wipe their "slate" clean because of legislation put in place in 2004.

Sixty-seven people were charged after the weekend's Undie 500 disorder in Dunedin, and all face the prospect of a criminal record.

Prime Minister John Key said this week some students were likely to graduate with criminal convictions, which was a "waste of their futures".

University of Otago criminal law professor Kevin Dawkins said there were several factors to take into account when discussing the impact of a conviction.

Those included the seriousness of the offence, whether the person had previous criminal convictions, and the period since the offence.

Most of the charges faced by people involved in the Undie 500 disorder - breaching the temporary liquor ban, disorderly behaviour, obstruction and wilfully setting fire to property - were minor summary offences, he said.

The Criminal Records (Clean Slate) Act 2004 means individuals who have minor convictions which did not attract a custodial sentence, for crimes that were committed seven or more years ago, and who have not re-offended since, are deemed to have no criminal record.

Prof Dawkins said it depended on which country a person was planning to travel to as to whether a criminal conviction would mean entry was denied.

To enter the United States, a traveller has to complete an online waiver programme, which is confirmed automatically if the person does not have a criminal record.

A person with a criminal record has to apply for a visa.

It reflected badly on a person if he or she had been convicted of a crime of "moral turpitude", he said.

For travel to Australia, a person with a criminal conviction would have to contact the Australia Consulate-general and fill in a form.

Any criminal record would be sent from police.

People wanting careers such as police officer, teacher or lawyer have to show they are of good character.

However, a person with a drink-driving conviction is ruled out.

Prof Dawkins said when law graduates applied for admission to the Bar, a notice was sent to all law societies asking whether there were any objections.

At the University of Otago College of Education, a student charged with or convicted of a criminal offence faces a review of their eligibility to continue to study.