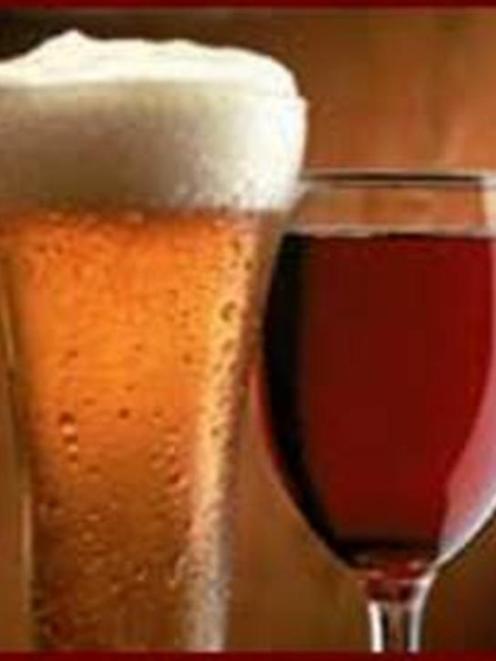 In a test case that could have far-reaching implications, the Liquor Licensing Authority will consider if selling subsidised drinks to students at a private function at a student bar breached the Sale of Liquor Act by promoting the excess consumption of alcohol.

Police in Dunedin have applied to have the on-licence for the Captain Cook Tavern and Cody Browne's general manager's certificate suspended or cancelled.

The police application relates to a quiz night run by the Society of Otago University Law Students Association (Souls) at the Cook in May last year where jugs of beer could be bought for $3 and glasses of wine for $2.

The remainder of the usual cost of the drinks was subsidised by the society in a word-of-mouth agreement with the bar.

The applicant, Dunedin police liquor licensing Sergeant Wayne Pitcaithly, told the Liquor Licensing Authority at a hearing in Dunedin yesterday, free bars or work shouts were all right in some situations, but it was not acceptable to sell $3 beers and $2 wines to groups of students.

The respondent, Stab in the Dark Ltd - represented by director Richard McLeod - said the company resented being a guinea pig in what was effectively a test case for liquor licensing authorities wanting to take a tougher line on alcohol pricing.

Police allege the licensee and Mr Browne, who was the general manager on the night and therefore responsible for what happened, failed to conduct the premises in a proper manner by promoting the excess consumption of alcohol (by the act of selling $3 jugs); allowing people to get intoxicated on the premises and allowing intoxicated people to stay on the premises.

Three men, first-year law students at the time and one of them a sober driver, gave evidence that while at the quiz the two drinkers and another friend consumed about 18 jugs between them in about three hours.

None of them had anything to drink before or afterwards.

They agreed they were intoxicated and all three had vomited either in the bar, in the toilets, at their table, in planters or into their hands.

Although they were trying to hide their intoxication, it should have been obvious to others, including staff, that they were drunk, the sober driver, William Buchanan, told Stab in the Dark Ltd counsel Trevor Shiels, of Queenstown.

"[One student] vomited over another person. He was really wasted. He was swaying and rolling his eyes back."

In contrast, several law faculty staff members present at the quiz and Cook staff who worked that night, including Mr Browne, gave evidence that they did not notice anyone grossly intoxicated at the event, or any untoward behaviour.

Mr McLeod said because the bar charged the full price for the beer, with part of the payment coming from the society, it felt it was not breaking any laws.

"I believed what we were doing, there was absolutely nothing wrong with it," he told authority Judge John Hole.

The bar had held many similar promotions.

It had discussed them with the previous licensing sergeant who had no concerns.

Although he appreciated police and the district licensing agency might have changed their views on what was acceptable, it was unfair to suspend or cancel the Cook's licence because of that.

"I suggest it is unfair that one particular licensee has to bear both the cost and the possible sanctions involved in obtaining clarification of the appropriateness of a particular event."

If there was to be some guidance on events with pricing structures such as those at the quiz night, then there had to be clear and workable guidance.

"How you define which events in what target markets and what rate of subsidy applies, gets very complicated in my mind.

All I would ask for is that it is an even playing field between ourselves and our competitors."

District Licensing Agency inspector Tony Mole said there was "a world of difference" between a work shout for a leaving colleague and "$3 jugs and $2 wines all night" for a student organisation.

The manager and licensee allowed the low price, enabling patrons to buy drinks very cheaply, and therefore breached the Act.

"Selling jugs of beer for $3 to a predominantly student clientele is certainly likely to encourage patrons to consume alcohol to an excessive extent.

"The student market is very price-sensitive and recognises a good deal."