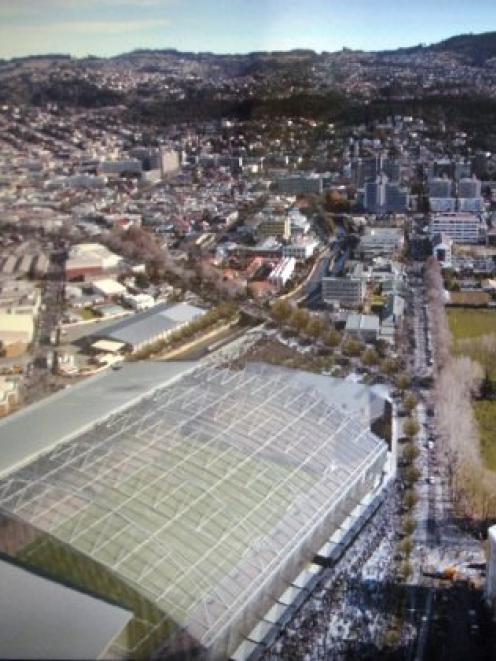 Dunedin Venues Management Ltd (DVML) chief executive David Davies told the Otago Daily Times more than a dozen Christchurch conference and exhibition organisers had made approaches in the past 10 days.

All were looking to relocate events from Christchurch venues following the February 22 earthquake, and were investigating using Dunedin's stadium once it opened on August 1, he said.

Confirmed bookings were likely to be at least 10 days away, once the event organisers had investigated other options, he said.

"Obviously for Dunedin incorporated, it's important that we maximise whatever we can."

He had not yet been approached, or initiated discussions, about the possible transfer of Rugby World Cup matches from Christchurch.

However, he was confident the Forsyth Barr Stadium would be capable of hosting some of the seven matches allocated to Christchurch, if required.

"We will be ready to react as soon as someone indicates there's something to react to."

The decision to reinforce the playing surface meant it could handle additional punishment, but logistical hurdles remained - including sufficient accommodation, flights and training venues in Dunedin, he said.

"There's a lot more to go through and we haven't started that process yet."

Mr Davies said his preference was for the matches to remain in Christchurch.

"I actually think for the population around and about, games should be there. But obviously none of us know, practically, whether that's possible."

Earlier this week, Rugby World Cup Minister Murray McCully announced AMI Stadium had a "serious" liquefaction problem and bulges on the ground, as well as structural issues with the stadium itself.

More information was expected to be available when engineering reports were completed later this week.

Yesterday, The New Zealand Herald - using a crane to peer into the closed venue - reported ripples, bulges and sludge on the playing surface, as well as cracking and dislodged concrete structures.

The final decision about hosting the matches at AMI Stadium would be made by the International Rugby Board, but the Herald also reported the England team was already preparing to scout for a new home base should the ground be ruled out.

The National Motel Association conference scheduled for Christchurch was the first to confirm a transferred booking in the resort through DQ, with 250 people expected to travel to the resort in June, he said.

Lakes Leisure staff managing the Queenstown Events Centre had fielded calls from another six conference organisers wanting to relocate from Christchurch to the resort, with two bookings confirmed of up to 700 people each, event and venue manager Jason Marrable said.