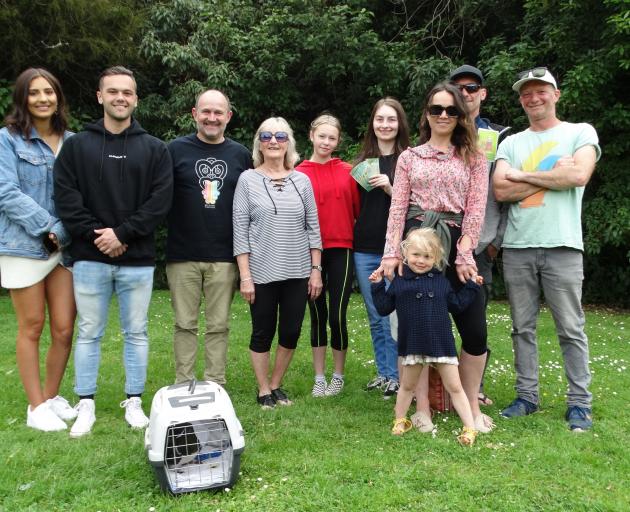 The invitation was a Christmas treat, after family members gave their Christmas money to the Dunedin Wildlife Hospital for the second year.

For the past six years, the seven younger members of the family have chosen to give their Christmas money to good causes, rather than receiving gifts. 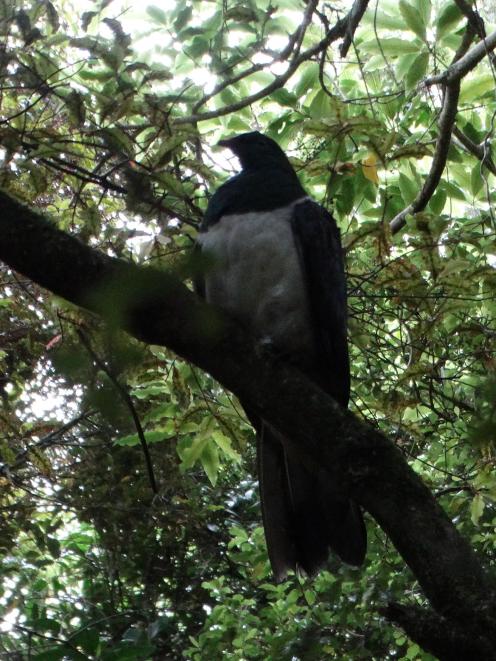 The just-released kereru perches in a tree while it gets its bearings. PHOTO: NIK HURRING

The $140 they gave to the Dunedin Wildlife Hospital was given to them by their grandmother, Jude Newton.

‘‘The children have been donating their Christmas money for a while now, which I think is a very good thing to do,’’ Mrs Newton said.

‘‘Donations from the public are vital for the hospital - without them, the hospital could not survive,’’ he said.

Project Kereru co-ordinator Nik Hurring said the kereru that was released at Woodhaugh Gardens on Sunday had come from the university area and had injured itself flying into a window.

The bird suffered a fractured clavicle (breast bone) and a dislocated coracoid (a bone in the chest), and was treated at the Wildlife Hospital before being handed over to Project Kereru for rehabilitation.

The two wildlife organisations, which work together to treat and then rehabilitate the injured birds, say window strike is a major issue for kereru.

‘‘Windows are very reflective, or birds might think they can see a clear path to fly through and hit a window instead,’’ she said. 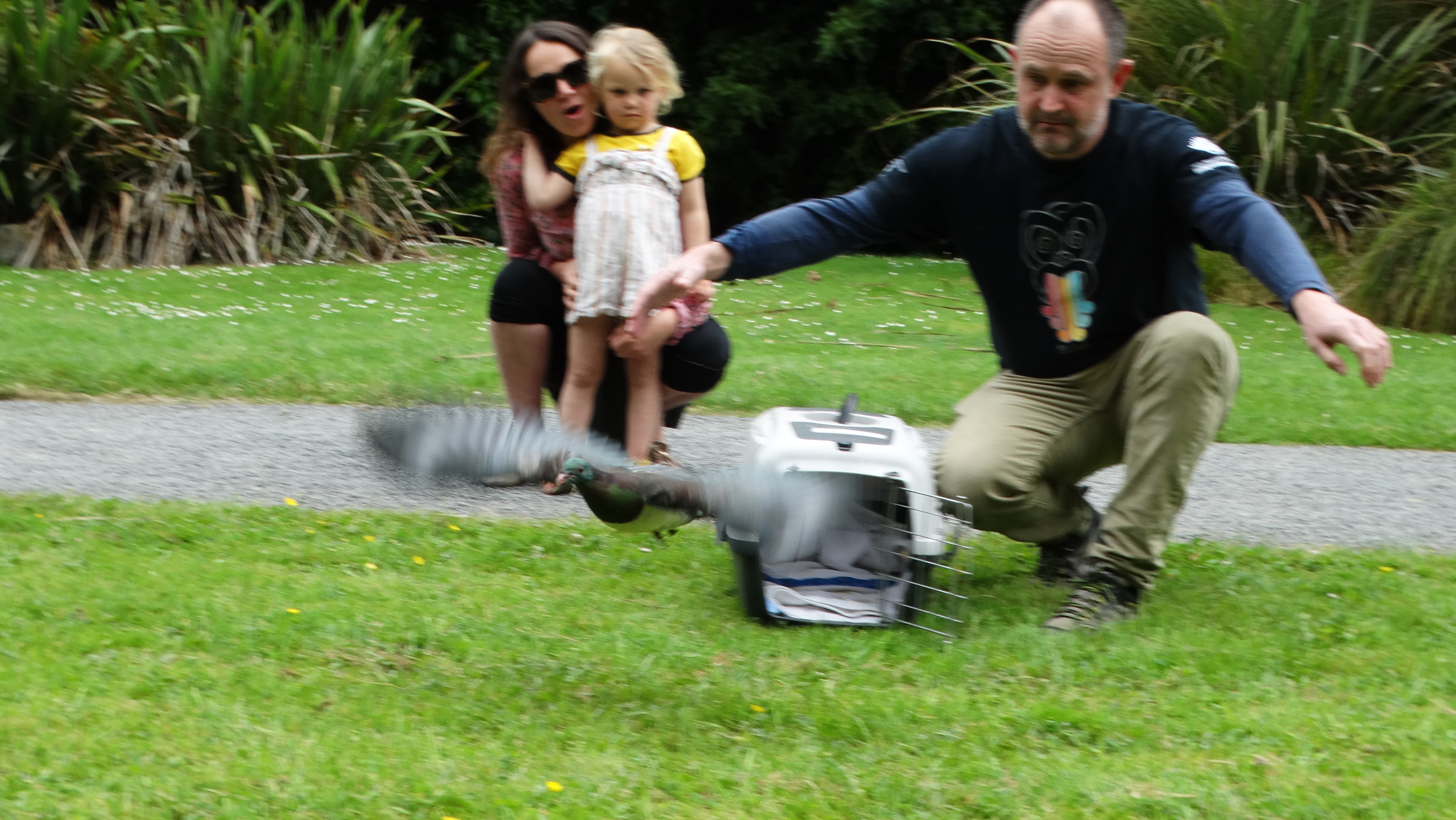 The kereru is the second-most common patient seen at the Wildlife Hospital, after the hoiho (yellow-eyed penguin).

As at last weekend, the Wildlife Hospital and Project Kereru were caring for 17 kereru between them.

Ms Hurring said the length of stay varied from days to weeks, depending on how badly injured the bird was and whether their flight feathers had been disrupted by bandages.

Once they have recovered, the kereru are returned to where they came from and released.

‘‘It’s good to get them back out into the wild again,’’ she said.

Ms Hurring urged homeowners with large picture windows in their homes to use ultraviolet window decals, available through Project Kereru, so the birds could see windows ahead.