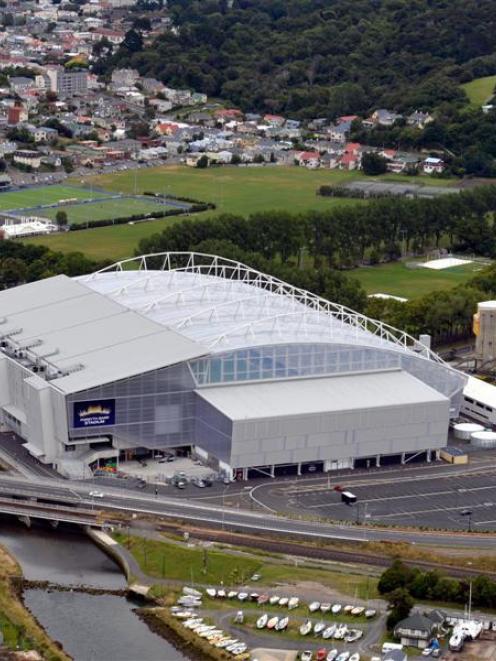 The stadium's turf, more used to being trodden by All Blacks and rock stars, will next month host one of four Jehovah's Witnesses' regional conventions being held across New Zealand.

The three-day conference, from October 17-19, was expected to draw delegates from across the South Island and lower North Island, spokesman Lane Vermaas, of Queenstown, said.

All but 500 of the delegates would travel to Dunedin from outside the city and many were likely to stay on, or arrive early, to sample the city's sights, he said.

Hotels and restaurants were likely to see the benefits, as accommodation in the city was already at a premium for the event, he said.

''The whole of Dunedin is booked out. We've got people in accommodation as far away as about 100km radius, in motels and various things. It's quite a major boost for Dunedin for those three days.

''For Dunedin, I would consider it to be quite a major event - other than when the All Blacks play there,'' Mr Vermaas said.

It was the first time Jehovah's Witnesses had staged a regional conference in Dunedin and the size of the city's stadium, as well as its all-weather roof, had secured the event, he said.

A stage would be installed on the playing surface, facing the main south stand, to deliver a programme of addresses, Bible teachings, music and costume dramas as part of the event, he said.

Delegates would sit in the seating bowl but the stadium's meeting rooms would also be used, including as a creche, Mr Vermaas said.

Dunedin Venues Management Ltd chief executive Terry Davies said he was ''delighted'' the stadium had secured the event, which would deliver another boost to the city's economy.

''Anything that can bring that sort of number into the city is of benefit to the city.

''It's fantastic. We know these style of events are very lucrative in other cities around New Zealand and Australia.

Mr Vermaas said Dunedin's conference would be staged simultaneously with others in Hamilton and two in Auckland, as well as identical events across Australia.

In total, an estimated 100,000 delegates would take part, linked together by video conferencing for key parts of the event, he said.

The focal point would be in Melbourne, where an international convention was expected to attract 66,000 people, he said.

The conferences were timed to mark the ''centennial'' of a core belief of all Jehovah's Witnesses - that Jesus Christ began to rule as the King of God's Kingdom in 1914, he said.

Dunedin's conference would be open to anyone, free of charge, and Jehovah's Witnesses would be going door-to-door to extend ''personal invitations'' in the weeks leading up to the event, Mr Vermaas said.