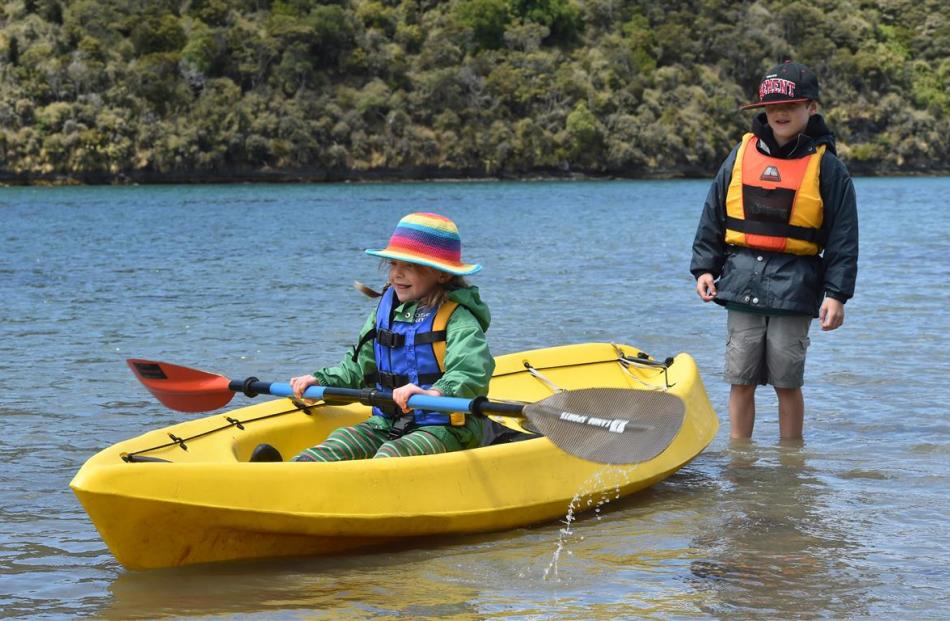 Siblings Efa and Sef Johnston play on the Taieri River after a day spent adventuring in its lower reaches. Photos by Gregor Richardson. 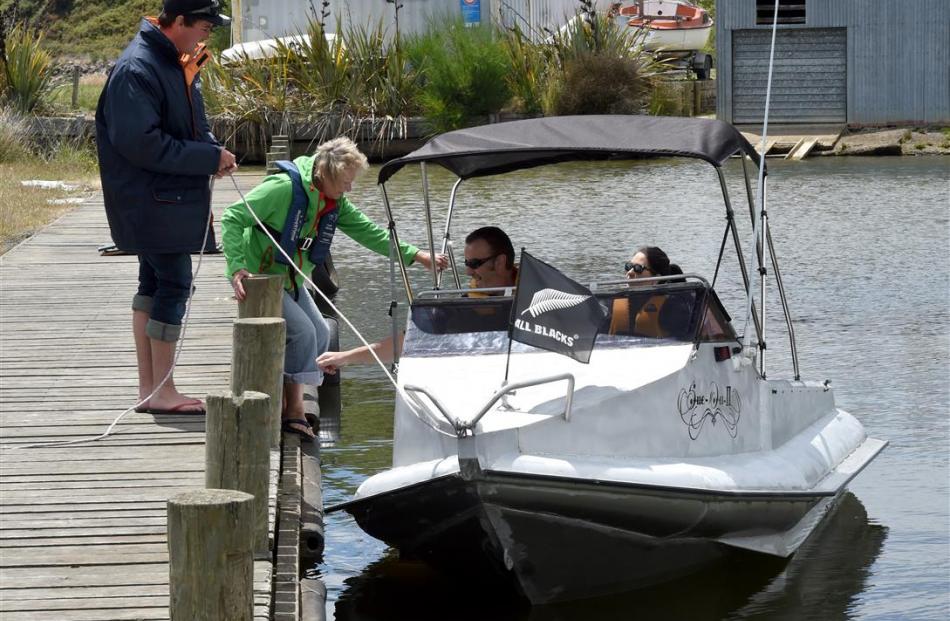 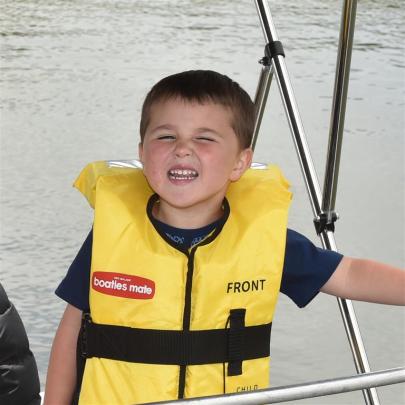 Blake Barclay all ready to take to the water.

Dunedin as a summer paradise?

The summer water spots on the city's doorstep make for a pretty good case.

For four generations over nearly 40 years the Barclay family of Dunedin had used Lake Waihola as their summer destination, they told the Otago Daily Times yesterday.

Sue Barclay began coming to the lake with her parents when she was about 10.

She had brought her children up to use the lake as a playground and the camping ground as a second home, and yesterday watched her 3-year-old grandson don a life jacket and join the family in her husband's home-made boat.

"It's something we've sort of always hoped would happen - that our son would have his children and come down and have that same experience. It's just great.''

The family was on its way to Taieri Mouth to spend the day fishing and barbecuing, Mrs Barclay said.

The lake and surrounding area were a perfect summer escape, the short drive from the city meaning visits could be frequent and relaxed, she said.

"It's just what we've always done. This place has just got so much history for us.

"It's sort of a little touch of paradise and it's not that far away. I mean, look at it.''

As well as lounging in the Lake Waihola Holiday Park and fishing - the family fished for perch and flounder in the lake, trout and salmon in the river - the area was also a duck-shooting retreat, a place for picnics and a spot to catch up with lifelong friends, Dean Barclay (30) said.

"All my good friends I've met down here. And we come down and catch up every year.''

Ben and Elise Johnston took their children Sef (8) and Efa (5) with Mrs Johnston's mother, Karen O'Neill, up the Taieri River in a dinghy and sea kayak.

After several kilometres of paddling on the incoming tide they stopped and picnicked, returning to their launching spot when the tide changed.

The bush, wildlife, peacefulness and proximity to Dunedin made the day a huge success, Mrs Johnston said.

The children had been enthralled when a black-backed gull caught a fish and fed it to its chick.

They had watched fish jumping, seen tuis and herons and spent the afternoon frolicking on the river's sandy banks.