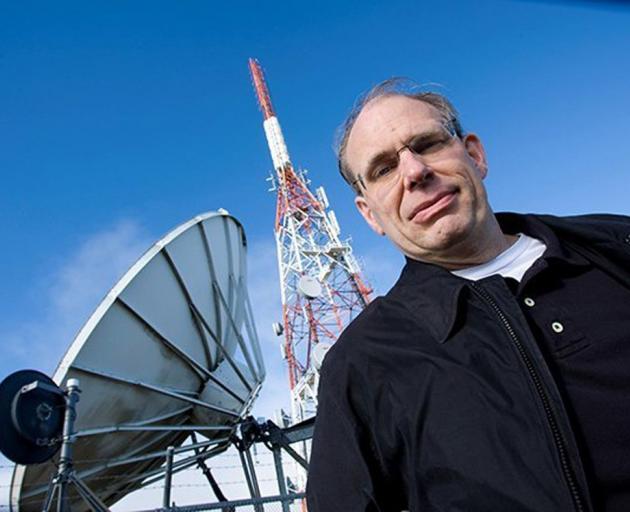 Prof Hugh Slotten
New Zealand’s contribution to the history of science and technology began when its first settlers used their knowledge of the sky and ocean to travel vast distances to reach these shores.

Now, the International Congress of History of Science and Technology has followed in the footsteps of Maori and discovered New Zealand, or more specifically, Dunedin, as well.

The city has won the right to host the prestigious conference in 2025.

University of Otago Associate Prof Hugh Slotten, who is also chairman of the 2025 organising committee, said the 27th International Congress of History of Science and Technology, in Dunedin, would be the first time the four-yearly international conference had been held in the South Pacific.

It would mark only the second time it had been held in the southern hemisphere.

And further, Dunedin was one of the smallest host cities in the history of the conference, Prof Slotten said.

Prof Slotten said a bid was first launched when the congress was hosted in Rio de Janeiro, Brazil, in 2017.

At the time, perhaps because of competing against Melbourne, the two southern cities split the southern vote, and the 2021 congress slipped to Prague, in the Czech Republic.

But with this year’s conference held online under Covid-19 restrictions, from Prague, Dunedin repeated its bid and the city faced only one competitor from China, and won.

Prof Slotten said he was optimistic international travel would be back in 2025 and there had been some pressure to host the conference at ‘‘a major city with a major airport’’.

Although details were yet to be confirmed, the conference celebrating the history of science and technology could yet be held both online and in person at University of Otago facilities.

The event was expected to draw up to 900 specialist delegates to Dunedin, bringing an estimated economic impact of $2million, he said.

And everything from the earliest forms of science and technology, such as ancient Chinese science and traditional Indian mathematics, to 20th century evolution would be covered by delegates.

‘‘It’s people from all over the world, so [the programme] will be quite broad,’’ he said.

‘‘They put New Zealand’s expertise on the world stage and help us secure a future pipeline of high-value visitors that will enrich New Zealand’s specialist knowledge and economy,’’ he said.

Dunedin Mayor Aaron Hawkins said as home to New Zealand’s first university, Dunedin had long been a centre of learning and scientific research.

‘‘Given our key strengths in both science and technology, we believe Dunedin is an excellent fit for the International Congress of the History of Science and Technology 2025,’’ he said.