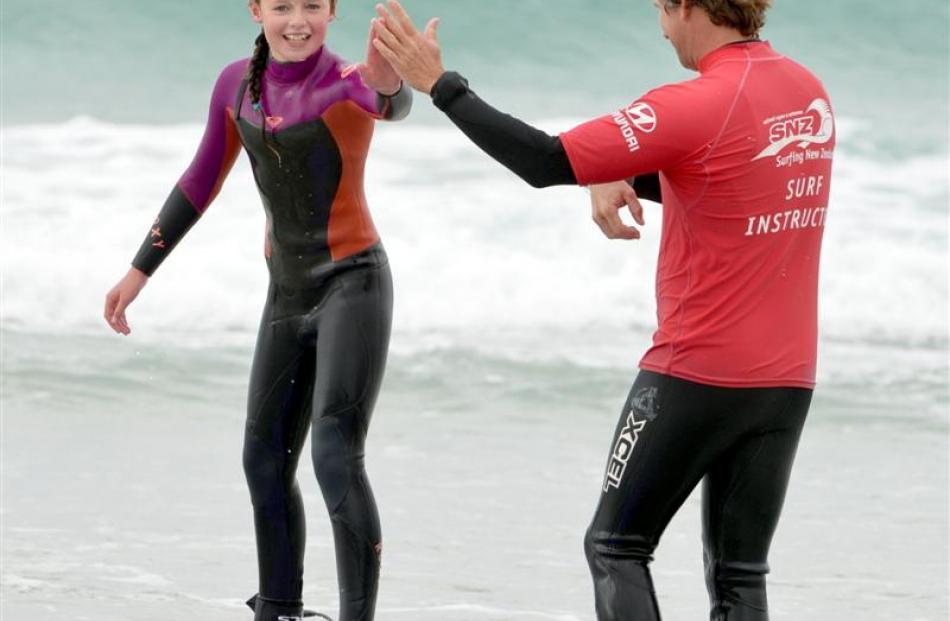 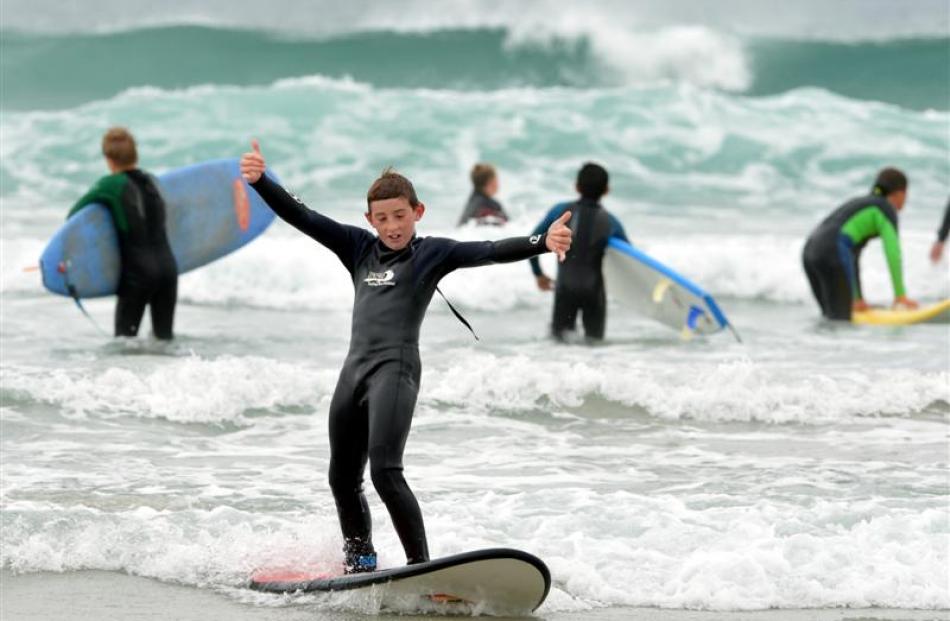 Dunedin children are the first in the South Island to learn surf safety through a national programme funded by the Government.

Based in Raglan, Surfing New Zealand (SNZ) started the programme four years ago with the Government's KiwiSport Regional Partnership Funding, which in Otago is administered by Sport Otago.

SNZ development manager Lee Ryan, of Mt Maunganui, said it was the first time the programme had been held in the South Island and he hoped to return to Dunedin annually to involve more children.

''Our target is to involve five schools and about 200 children [in Dunedin], based on the funding we have. The target market is pupils in year 6, 7 and 8 and so far we've had awesome feedback,'' Mr Ryan said.

The programme could be linked with existing swim safety initiatives, as well as surf life-saving beach education programmes, he said.

''The most important thing we teach the kids is to be safe in the surf when going into the sea, so we teach them about rips and currents,'' he said.

The Government funding was intended to introduce new sports to children, hence the surfing lesson component.

Mr Ryan hoped many of the Dunedin children participating this week would further their basic surfing skills.

About 25 Tahuna Normal Intermediate pupils spent yesterday morning at St Clair, where another 75 children went through the programme on Tuesday.

About 25 did so at Brighton on Monday, and another 25 were due to take part at Warrington tomorrow.

The Esplanade Surf School provided instructors and equipment for the programme in Dunedin.