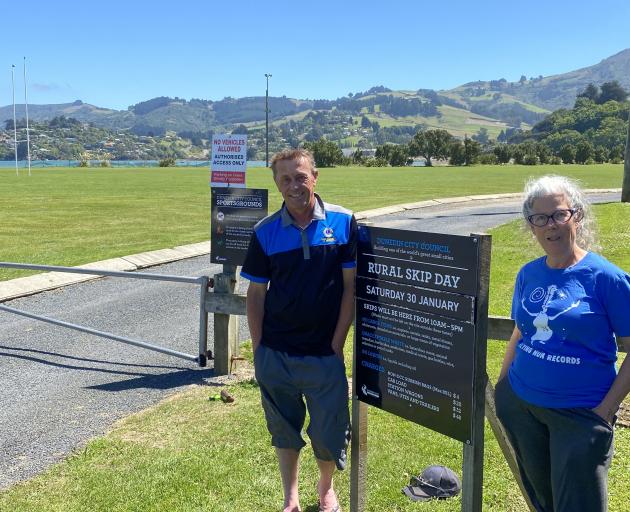 Next Saturday (January 30), the community board and the Lions will host the inaugural Port Chalmers Community Rubbish Day, from 10am to 5pm, in the car park at Watson Park.

The community rubbish day will be held alongside a Dunedin City Council rural skip day, and will give locals the chance to dispose of a wide range of rubbish (for a small fee).

Three skips will take general waste and green waste, and the Lions will be there with trailers to collect scrap metal, which will be sold and the funds put back into community projects.

Port Chalmers & District Lions president Peter Dick said next weekend’s community rubbish day would hopefully be the first of many.

"It will not only be a good way for people to clear out some junk, but also should help the club to raise some money for local projects," Mr Dick said.

West Harbour Community Board chairwoman Francisca Griffin said the concept for the community rubbish day came from the council’s waste management team, and it was supportive of the initiative.

"Since this is the first time we have had an event like thing in Port Chalmers, at least in recent years, we will be talking with people who come along about what similar events could look like in the future," Ms Griffin said.

Such events could possibly include things such as car boot sales and swap meets, if that was what the community wanted.

The Lions will run a sausage sizzle during the day.