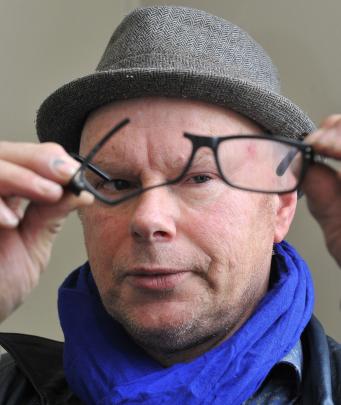 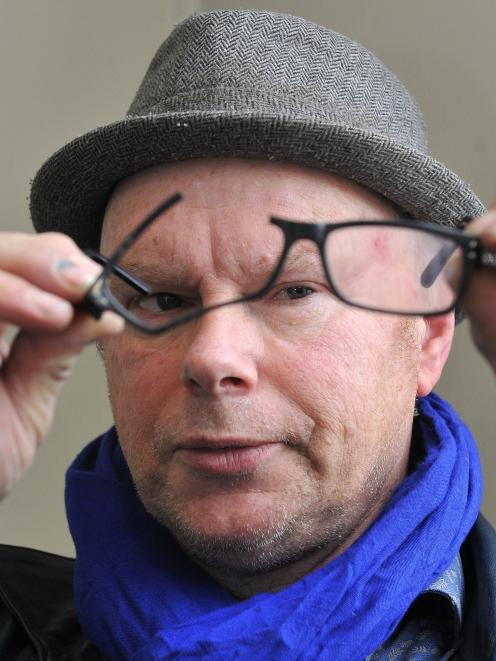 ''They broke my glasses when they smacked me in the head,'' Mr Leng said.

Mr Leng said one officer ''was on top of [him]'' while he clung to a chair, then another officer came to help.

In the process, he said his glasses were broken and he received an abrasion on his left temple.

After the altercation, Mr Leng said he was able to discuss the issue with an officer outside.

''There's been five years of history of the police doing absolutely nothing.

''The police are about as much use as an ashtray on a motorbike.''

He was referring to the way they handled his complaint about tomorrow night's student party in a flat next to his property.

Mr Leng wrote a letter and took it to police before waiting 24 hours for a response, on the instruction of police.

Not receiving a response, he went back to the station and they told him the officer handling his complaint was not available, prompting him to return yesterday.

''I thought I should have a right to discuss that [the party],'' Mr Leng said.

''It's going to get out of control and interfere with my business and my guests.''

Mr Leng said he was thinking about laying a formal complaint but said it probably would not be worth it as the police would ''come up with some story''.

A police spokesman responded to the claims by saying the ''individual was given a response to the question'' and asked to leave multiple times and he refused to do so.

''He's more than welcome to make a complaint,'' the spokesman said.

University of Otago faculty of law dean Prof Mark Henaghan said officers had the right to forcibly remove a person from the premises as long as excessive force was not used.