Composer up for top award 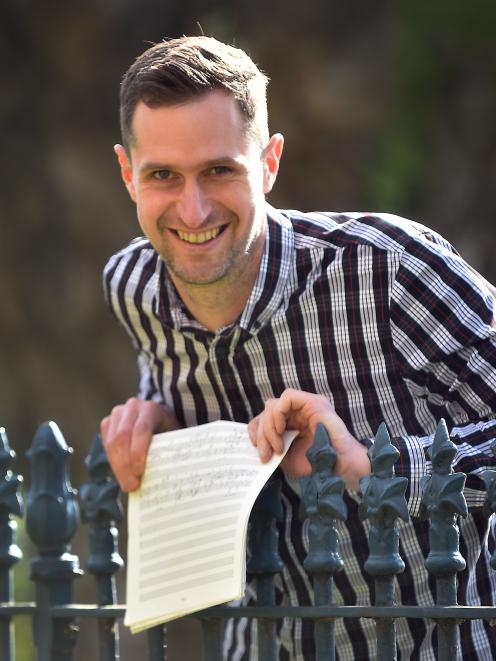 The University of Otago Mozart Fellow is one of three finalists vying for the Sounz Centre for New Zealand Music 2017 Contemporary Award for excellence in contemporary composition.

Dr Gendall won the award in 2008 and is hoping to hear his name again when the winner is announced at the APRA Silver Scroll Awards at the Dunedin Town Hall on September 28.

Dr Gendall, who is originally from Hamilton, said that he was in esteemed company.

``What I like about the Sounz Contemporary Award is that it puts our composers in the spotlight.

``I've admired Jeroen's music since I was a kid, and Salina's from when she was a kid.

``I feel honoured to be able to represent contemporary music at the Silver Scrolls.''

His contemporary orchestral work, Incident Tableaux, was inspired by Japanese prisoners of war in New Zealand, and was premiered last year at the Asia-Europe New Music Festival and the Asian Composers' League Festival.

More than 30 works were entered in the awards.

The judging panel said the diverse range of styles and approaches to composition among the entries exhibited New Zealand's ``vibrant and highly creative'' music scene.

Based on the works entered in this year's Sounz Contemporary Award, New Zealand contemporary classical music was in a particularly vibrant place, they said.