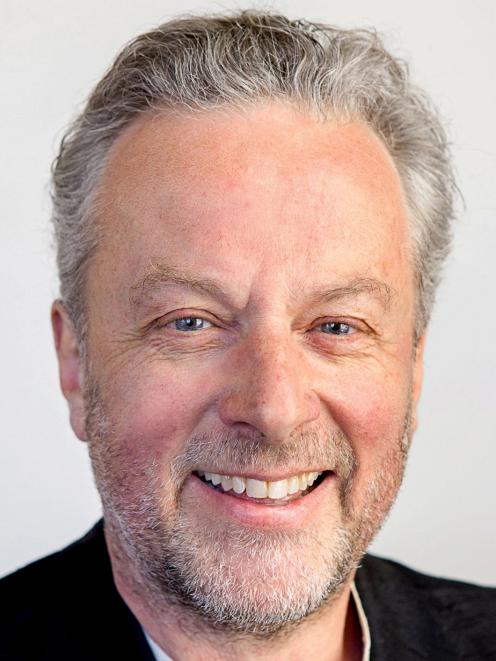 Crs Lee Vandervis, Mike Lord and Doug Hall, who voted against Cr David Benson-Pope's resolution last month calling for a hospital rebuild in the central city, say the council's stance is too political.

They have criticised an email from Cr Benson-Pope alluding to Cr Lord's political affiliations, part of what Cr Vandervis described as ``a shameless slide into partisan politics''.

But Cr Benson-Pope last night brushed off the criticisms, including that there was a Labour/Green bloc at the council.

``Once you get to three it's hard to keep counting.''

Cr Benson-Pope said apart from ``the three Tories'', the campaign was supported by a majority in the council.

``They voted against it, and they were a minority of three.''

Last week the council launched the campaign calling on the Government to keep the hospital in the centre of the city.

It also called for a commitment a top-flight teaching hospital would be retained.

The campaign was criticised by National list MP Michael Woodhouse, who implied it was a front for the Labour Party.

Cr Vandervis responded in a statement by email last week, saying he would not attend any part of the campaign because it was ``ill-considered''.

He said last night there had been no report from staff on the issue, and councillors had ``no understanding of the requirements of a modern hospital''.

``Treasury are paying for the new hospital, and abusing them as incompetent is therefore unlikely to be useful.''

In an email to Mr Woodhouse, attached to the statement, he said: ``Thank you for your exposing of the DCC's shameless slide into partisan politics ...''.

Cr Vandervis also included the email from Cr Benson-Pope, which responded to Cr Lord's decision not to attend the launch of the campaign.

The email read: ``I'm sure you are using your National Party connections to help ensure the optimum outcome for our city.''

Cr Lord said the email did not bother him, but he was less happy it had been sent to all councillors.

``I don't really like it when people do that.''

However he let the comment ``run over my head. I couldn't care''.

``I can't help but think this is a little bit political in an election year.''

He said Dunedin had a ``strong commitment'' from the Government to rebuild the hospital.

People always wanted the status quo, and wanted the hospital to stay where it was.

But councillors were in a governance, not a management role.

``I don't want to presume that I know better than the people that are doing the research and the study and all this sort of stuff.''

He did not subscribe to the argument the medical school had to be right next to the hospital.

Any transport issues for medical students in a city the size of Dunedin could be dealt with.

If the current location was the best location, ``that's fine''.

``But if a better location was found ``then I'd like to at least hear it''.

Cr Hall said:``I don't think politics should be at the council table.''

If the council tried to put pressure on the Government, someone could ``dig their toes in and say `this is where we're putting it'''.

Once the Government came up with a preferred site, if it was not in the right place, ``that's when we talk''.

Cr Benson-Pope said the campaign was organised because the Government had done nothing about the development for too long ``and people are p... off''.

It sought to alert retailers in the city what might happen of 3000 hospital workers moved out of the precinct.

100% agree with Lee Vandervis a lot of the Councillors are linked back to a political party and are lap dogs to them. When Lee Vandervis is Mayor Dunedin will move forward. Funny to see but expected that the new councillors voted in this election are sheep. Build the hospital away from the city and grow Dunedin.

Mate, if you don't think Vandervis is linked to a political party then you haven't been paying very close attention.

Sorry you are right In 1984 Vandervis had a brief foray into politics standing for Bob Jones' New Zealand Party in the Dunedin North electorate. Lee appears to be the only outspoken councillor who is at least keeping Cull honest and challenging him. Well done Lee.

100% do not agree with Vandervis. These councillors are taking action on what will affect we people who live and work in Dunedin & are doing what we elected them to do. I do not want a government of any shape or colour to dictate where our facilities should be placed in the city. This is an issue for town planners. I've seen hospitals removed from central cities (where the people are) and it does not work. Remember- they saved the law courts by taking action.