Confident an insurer will be found 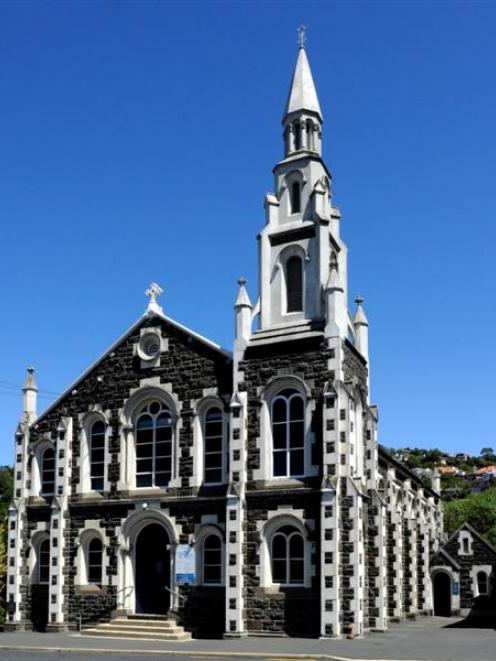 Dunedin parishes are facing some hard choices as rising costs to maintain and insure historic premises, such as the Coastal Unity's Caversham Church, ramp up pressure on finances. Photo by Gerard O'Brien.
Insurance cover for Dunedin's historic Presbyterian churches is set to expire this month, after their main insurance provider has quit the New Zealand market because of earthquake losses.

Ansvar Insurance will leave because of the prohibitive cost of gaining affordable reinsurance protection for itself, following on from the Christchurch earthquakes - a move which could affect several of Dunedin's places of worship.

Historic buildings administered by Dunedin's Presbyterian parishes, such as Knox Church, First Church, Coastal Unity's Caversham Church, and other churches built before 1935, including Opoho, St Clair, and St Margaret's in Green Island, are all part of the group.

Mr Langford said he was optimistic an insurance broker would be found and expected an announcement to be made before December 31.

"We expect to have answers within the next couple of weeks." A letter from Mr Langford sent to Presbyterian parishes last month, details how insurance brokers have been seeking terms from "other markets both here and in London markets for replacement cover".

Presbyterian entities have suffered losses of more than $85 million in Christchurch.

The group also faces a tough time securing insurance, given about 20% (by value) of the Presbyterian portfolio was built before 1935, and are subject to more stringent building standard conditions, he said.

Rising premiums hit the purses of Presbyterian parishes when the group renewed its insurance policy on July 31.

While many parishes around the country grizzled about the significant hike in insurance - premiums at Knox Church went up about 300% from $18,000 to $55,000 for example - all had since paid their fees "without exception", he said.

Reverend Ken Baker, of Caversham Presbyterian Church, said insurance premiums for the parish's three churches had gone up from about $10,000 to $27,000.

The Caversham Church in Thorn St was a category 1 registered building with the New Zealand Historic Places Trust, while the St Clair church was more than 100 years old, he said.

The parish faces an estimated maintenance bill of about $500,000 to carry out earthquake strengthening and also fix "structural issues caused by damp" in the south wall of the Caversham Church, he said.

The Coastal Unity parish has about 230 members and was "grappling with the cost implications".

"We are rationalising what that might mean for the church and the community," Rev Baker said of the considerations being made about whether the parish could afford the maintenance costs.

The parish has received some assistance from a Presbyterian funding organisation, but is also discussing whether it can consolidate its church services into other buildings it owns, such as the Sidey Hall complex.

There were no immediate safety issues with the Caversham Church, Rev Baker said.

The parish expects to make a decision on how it will proceed with its "rationalisation" plan of the three church assets by Easter.

Representatives of Dunedin's Catholic diocese and the Anglican parishes of the historic churches St Matthew's, and St Paul's in the Octagon, were not available to comment about insurance for their properties, yesterday.