Contingency plans in place if city cut off

The Civil Defence bunker in Moray Pl kicks into gear in the event of an emergency.
A recent flood in South Canterbury highlighted just how easily the South Island can be effectively cut in two, disrupting supply chains and communications. Daisy Hudson takes a look at how Dunedin would cope if the city was cut off in a disaster.

It could be an earthquake, shifting the ground beneath our feet.

It could a flood, turning the roads into rivers.

It could be a major snowstorm, burying the landscape in white ice. 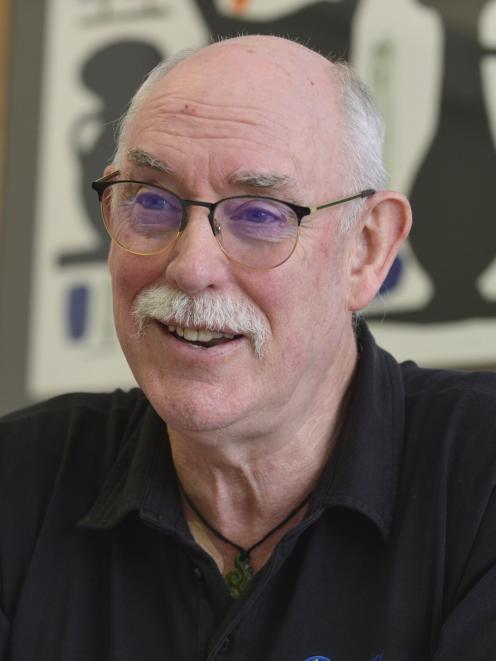 Emergency Management Otago group controller Chris Hawker believes Dunedin will cope relatively well during a disaster. PHOTO: GERARD O’BRIEN
Whatever the event, and however long it lasts, there are ramifications for how Dunedin would function if it were cut off from the rest of the country.

And it does not necessarily have to be an event particularly close to home, as proven by last weekend’s flooding in Rangitata, South Canterbury.

The storm and subsequent closure of both routes between Christchurch and Dunedin, even for only a couple of days, meant shortages of some food, power and communication issues, and problems with deliveries of mail and other items.

Given the irrefutable impact of climate change and the likely increase of extreme weather events, it is becoming increasingly vital agencies are prepared to cope with a city cut off from outside aid for a day, a week, or possibly even longer.

Much of Dunedin’s food supply comes from elsewhere, and particularly Christchurch, leaving the city vulnerable when an event cuts off access.

Enterprise Dunedin Good Food Dunedin co-ordinator Ruth Zeinert has been looking at the food system as a whole, from production to consumption to waste.

"One of things we’re looking at is — what capacity do we have to grow food in our local environment?" she said.

A challenge for Dunedin is its typically tempestuous climate, meaning many foods cannot be produced locally.

But there would be enough food available to feed the city for a week, should disaster strike, she said.

"Not taking into account something massive happening, but after that seven days there’s an assumption that there would be some open roads or some form of transport.

"I don’t think there’s any real concern in Dunedin that we would run out of food in a drastic way."

Part of her work was also writing submissions on Government policies, such as a recent one on protecting highly productive land.

Fuel is delivered to Dunedin by tankers such as MV Kokako, pictured leaving Port Otago last year. PHOTO: PETER MCINTOSH
"On things like that we get involved and say ‘it’s really important that we’re keeping this land locally for food production in the future’, so that if in 50 years time the whole food production system has changed, we don’t suddenly go 'we’ve built over all of our beautiful soil'."

As for our health services, there are plenty of contingency plans in place, should the city be cut off.

A Southern District Health Board spokeswoman said in an emergency, the health board had generators and fuel stored, satellite phones, access to St John’s radio network, and relationships with other organisations that could help with communications.

Compass had two weeks of contingency food available for patients.

And for those needing medication, supplies could arrive via air or from stock set aside for a pandemic.

It would also co-ordinate with the National Health co-ordination Centre for supplies, staff and equipment.

It was a chance to try out a new radio network installed recently, and satellite phones.

"We try to learn the lesson before the lesson comes along, but sometimes Mother Nature says 'well, have a play with this'," he said.

"I’m not on talking terms with Mother Nature at the moment."

Mr Hawker believed Dunedin was well placed to cope with a major disaster, and part of that was down to the huge amount of work put into developing plans for a major earthquake along the Alpine Fault.

That was generally considered to be the worst-case scenario, he said.

"If we’re prepared for the worst, then anything below that will be a little bit easier to deal with."

It was also looming.

"We know that it is geologically imminent. It might be 10 years from now, or it might be tomorrow afternoon.

"We’re working on the principle that it is sooner rather than later."

It would have a significant impact on the entire South Island, from supply chains to communications to electrical infrastructure.

"We’re building that into our planning and our processes," Mr Hawker said.

A saving grace for the city was its proximity to a sea port.

The lower half of the South Island was cut off after the Rangitata River broke its banks and flooded both routes to Christchurch last weekend. PHOTO: TIMARU DISTRICT COUNCIL
Fuel is already delivered via Port Otago, and in an emergency it could be used for transporting other goods.

But there were still challenges to be looked at.

Food delivery, and particularly the amount of "just in time" deliveries to supermarkets, was one.

Another was communication lines, which were disrupted by last weekend’s flooding.

"One river took out two of the three legs of our main communications lines."

Work is already under way to address that, Minister for Broadcasting, Communications and Digital Media Kris Faafoi telling media this week a new fibre-optic cable route is in the pipeline for the South Island.

During a major incident, help would probably also be on the way from outside New Zealand.

But that would take time.

"The fastest we could get help from Australia, from any really significant level, would be four or five days, advance guards notwithstanding."

That meant the resilience of individuals was the No1 priority, Mr Hawker said.

All in all, Mr Hawker believed Dunedin’s resilience in the event of a major disaster was up to scratch.

"Our ability to immediately respond from a local perspective is very good.

"The challenge will come 48 hours, 72 hours later, when we start getting to the end of the capacity that we have with people, because they can’t work 24 hours a day. We’ve got to have systems and processes in place to get additional help over.

"And we’re reasonably confident we can do that."

I hope they have not just realised this, we have had the Christchurch, Wellington and Kaikora earthquakes to show how vulnerable the current infrastructure is in New Zealand.